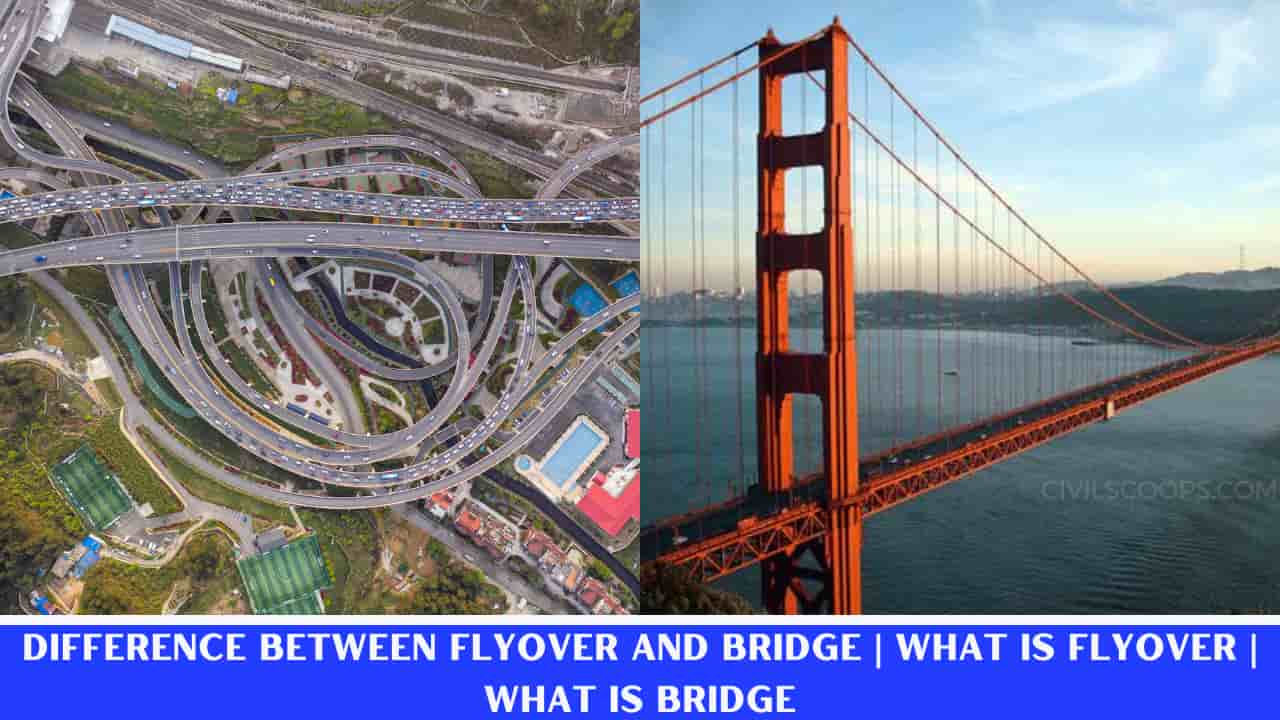 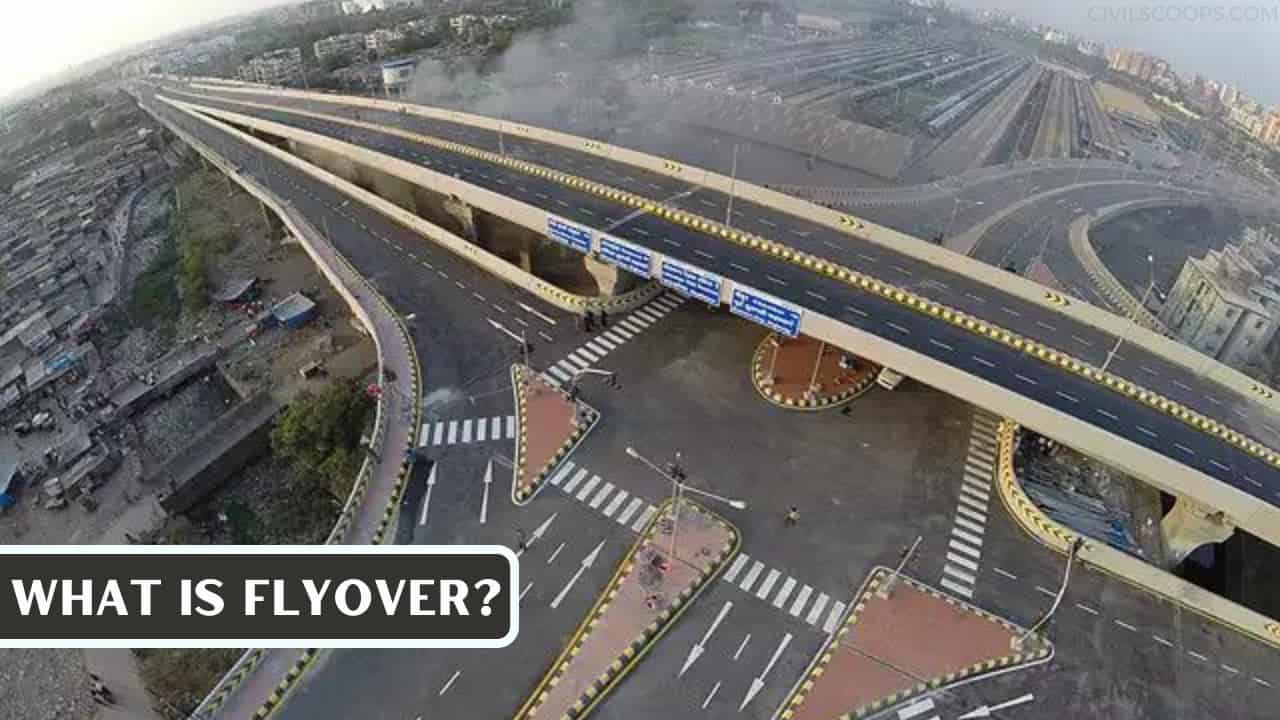 Flyovers, over a flyover, underpasses, overpasses, etc. are some examples of engineering marvels that allow for the effort of people and saving of time, vehicles, and even trains.

Normally flyover is made over water bodies like rivers, but bridges are meant to provide the roadway for pedestrians and even vehicles over a railway line or even under the flyover.

Flyover is a concept that allows roads to be built over roads to facilitate faster movement of vehicles and people in this age of congested traffic in metro cities.

There are differences between overbridge and flyover.

It helps in saving time for a commuter whether they are pedestrians or running automobiles and have become very commonplace at big cities these days.

However, Criticisms of flyovers as they lead to the wastage of precious space in the form of huge pillars that go up on the existing road.

But their benefits outweigh their shortcomings as they facilitate more efficient and faster transport of people and vehicles.

Classification of Flyover Bridges as Per According to Form

Classification of Flyover as Per According to Material

A Bridge, a connecting structure, creates bonding between different disconnected parts of a country, two banks of the ocean, or parts of two countries.

A Bridge is a structural marvel which is 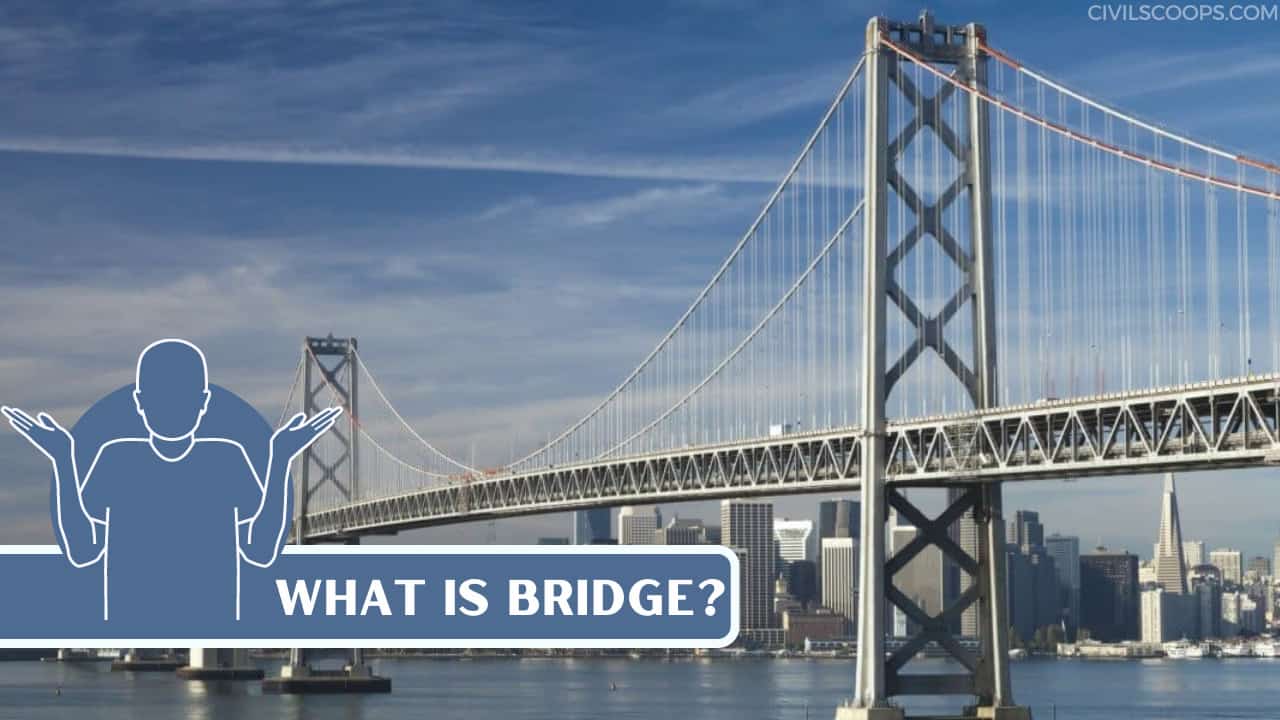 These first bridges made by humans were probably spans of planks or wooden logs and eventually stones, using a crossbeam arrangement and simple support. Most of these early bridges couldn’t support heavy weights or withstand strong currents.

It was these inadequacies that led to the development of better bridges. The oldest surviving stone bridge in China is the Zhaozhou Bridge, built from 605 to 595 AD during the Sui Dynasty.

The bridge is also historically significant as it is the world’s oldest open-spandrel stone segmental arch bridge.

Classification of Bridges as Per According to Form

Classification of Bridges as Per According to Material

Classification of Bridges as Per According to Inter-Span

Difference Between Flyover and Bridge

An overpass (called an overbridge or flyover in the United Kingdom and some other Commonwealth countries) is a bridge, road, railway or similar structure that crosses over another road or railway. An overpass and an underpass together form a grade separation. Stack interchanges are made up of several overpasses.

Difference Between Bridge and Flyover

Bridges are used for navigating traffic across the obstruction, navigating pipelines, and other forms of transport. A flyover is also known as an overpass that is built over an existing road or a railway in such a manner that it crosses another road or railway.

Flyover may refer to Overpass, a high-level road bridge that crosses over a highway interchange or intersection. Flypast or flyby, a celebratory display or ceremonial flight, a ceremonial or honorific flight of one or more aircraft.

Contract bridge, or simply bridge, is a trick-taking card game using a standard 52-card deck. In its basic format, it is played by four players in two competing partnerships, with partners sitting opposite each other around a table.

Bridge International Academies is a Kenyan company that provides for-profit education to children in India, Kenya, Nigeria and Uganda. It was started in 2008, and calls itself a “social enterprise”.

A bridge allows you to connect two or more network segments together allowing devices to join the network when it’s not possible to connect them directly to a router or switch.

The Drury convention is a bridge convention, used to show a game-invitational major suit raised by a passed hand while guarding against a light opening by the partner in the third or fourth seat. It is initiated by an artificial and forcing response by the passed hand to a or opening by a partner.

Bridges are used for navigating traffic across the obstruction, to navigate pipelines and other forms of transport. A flyover is also known as an overpass that is built over an existing road or a railway in such a manner that it crosses another road or railway.