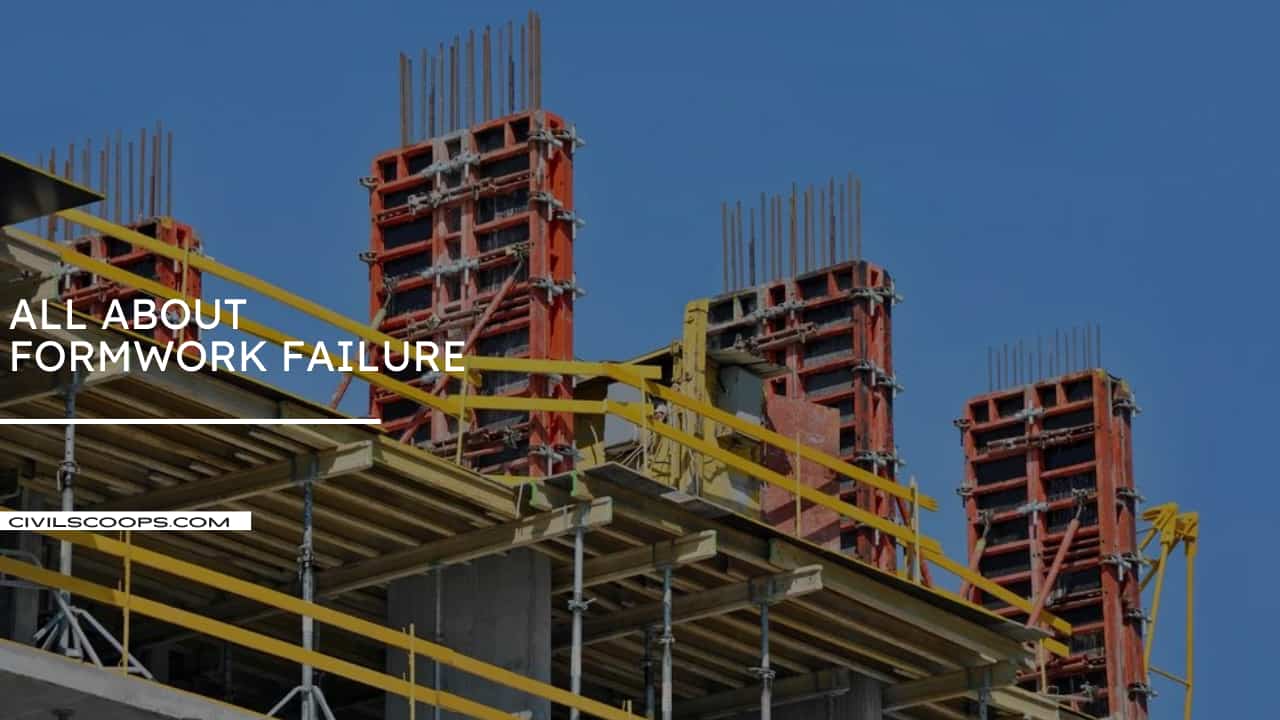 What Is Formwork Failure? 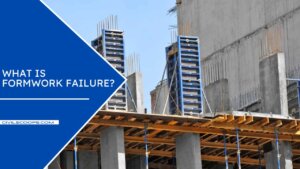 The forms must bear all the applied burdens without collapse or too much deflection. The formwork should be designed under the quality, safety, and economy bases. The terms formwork and falsework frequently used in combination.

Formwork is the system of support for newly placed concrete and includes the sheathing, which is in contact with the concrete moreover to all supporting members, and necessary bracing, hardware.

This Falsework is a temporary structure erected to support work in the progression of construction. The Falsework may be the momentary support for steel placing systems.

Formwork system in the construction industry plays a chief role in the building of cast in situ reinforced concrete structures. The essential diverse equipment in the formwork system is lifecycle and operation.

Failures in the formwork system lead to raise the construction cost, time and workforce. The primary intent of the work is to analyze the range of types of failures in construction building projects. 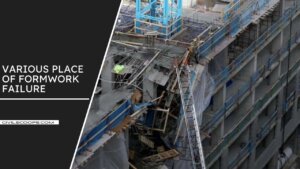 The position of failure in the formwork system based on actions is subdivided into two types.

These events are the actions which cause failure inside the formwork system. The place where the failure occurs is in the(base) foundation, Props, Auxiliary members (bracing or lacing) (Props), Timber Shore, Platforms, Timber Joist (Beam), Slab, Wall forms, Base Plate, Form ties, Sprit Level and Rust, Column, Span, Runners.

These events are the event that reason behind the failure of formwork outwardly. Mostly they are due to heavy rain (high current of water flow)/river flow rush causing foundation failure, Concentrated/extreme load due to construction material, lateral movement, Effects from concreting operation, vibration, Impact load while concrete filling, unintentional load from construction machinery, shaking from nearby equipment, Effects of improper or premature formwork removal, unskilled worker, faulty Design and Lack of maintenance/repair works. 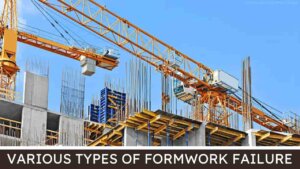 Formwork failure creates accidents in sites that cause damages to human life, serious injuries, and overrun of construction cost and time, so it is compulsory to do failure examination of the formwork system.

Formwork failures are the reasons behind many accidents and building failures that happen during concrete construction, usually when fresh concrete is being positioned.

Usually, a surprising event causes one member to fail, then it will affect directly adjoining become overloaded, and the complete formwork structure will collapse.

The major causes of formwork failure are improper stripping and shore removal pattern by workers, inadequate bracing works, vibration due to machines, uneven level of soil under mudsills, and improper placing of shoring, unable to control on concrete placement during filling and lack of awareness to deep formwork details.

Cracked flooring types – The sight of fissures in the floor is very damaging. It’s a caution that suggested that the building’s base has been harshly compromised. Hence it needs immediate consideration to take further steps in these issues.

The first thing that reveals the problem regarding failures is by identifying Wall movements. – It may come out to be somewhat of a misapprehension with weird sight, but rotating walls are actual. An incidence like this warns that your foundation structure was going to fail. Broken walls may indicate a fragile or faulty foundation work in construction.

Cracked bricks in wall structure – These things are easily noticeable. It shows an outward sign of a broken foundation when you unexpectedly see the form of cracked bricks.

Why does Failure Analysis Require of Feomwork?

Formwork failure push towards accidents on sites, it causes loss of workers life, damages, and infested construction rate and time, so it is compulsory to do failure analysis of formwork system. Well, for any kind of collapse in construction work. The main factors explain below.

Formwork failures are the cause of many damages and building failures that occur during concrete construction, usually when fresh concrete is being filled. Generally, some unexpected event causes one member to fail, then others become overloaded or misaligned, and the entire formwork structure collapses. The main causes of formwork failure are given under:

There are numerous factors that may direct to the failure of formwork during and after concrete filling. During steelwork, Improper bracing can cause formwork breakdown as a load of fresh concrete is less lasting supported by the formwork system.

An unexpected occurrence can make members fail, and ensuing overfilling of other members consequences in the failure of the complete formwork structure. Furthermore, inaccuracies in the gathering detail are another factor behind concrete formwork failure.

Due to contained weakness and overstress would happen, which weakens the formwork system. In addition, workmanship errors due to rapidity, unconcern, or lack of knowledge is one more cause of failure.

In conclusion, formwork failures can lead to loss of human life, postponement in construction, and hike in construction expenditure. So that knowing the causes of failure and considering its proper avoidance strategies are considered essential.