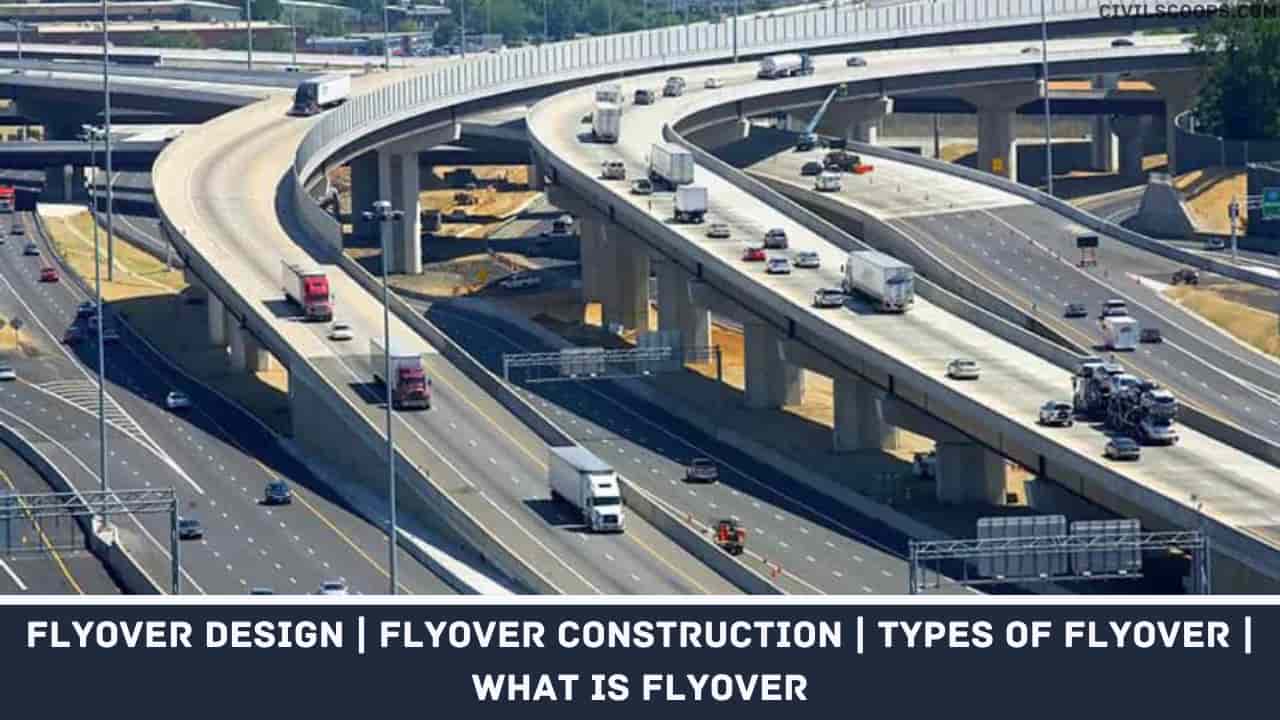 A Flyover is a bridge that carries one railroad or road over another. Flyover can also be described as an overpass or a high road bridge that crosses a highway or intersection. The difference between the Bridge and Flyover is depending on the purpose of its use and the location where it is being built.

Bridges are built to connect two separate points it is a region that occurs naturally like a valley, river, sea or anywhere other bodies of water, etc. Whereas Flyover is designed to connect two points in congested areas or roads and intersections of roads.

Bridge and flyovers are facilities that provide passage over an obstacle without blocking the path below. The passage required may be a road, railway, or a valley. 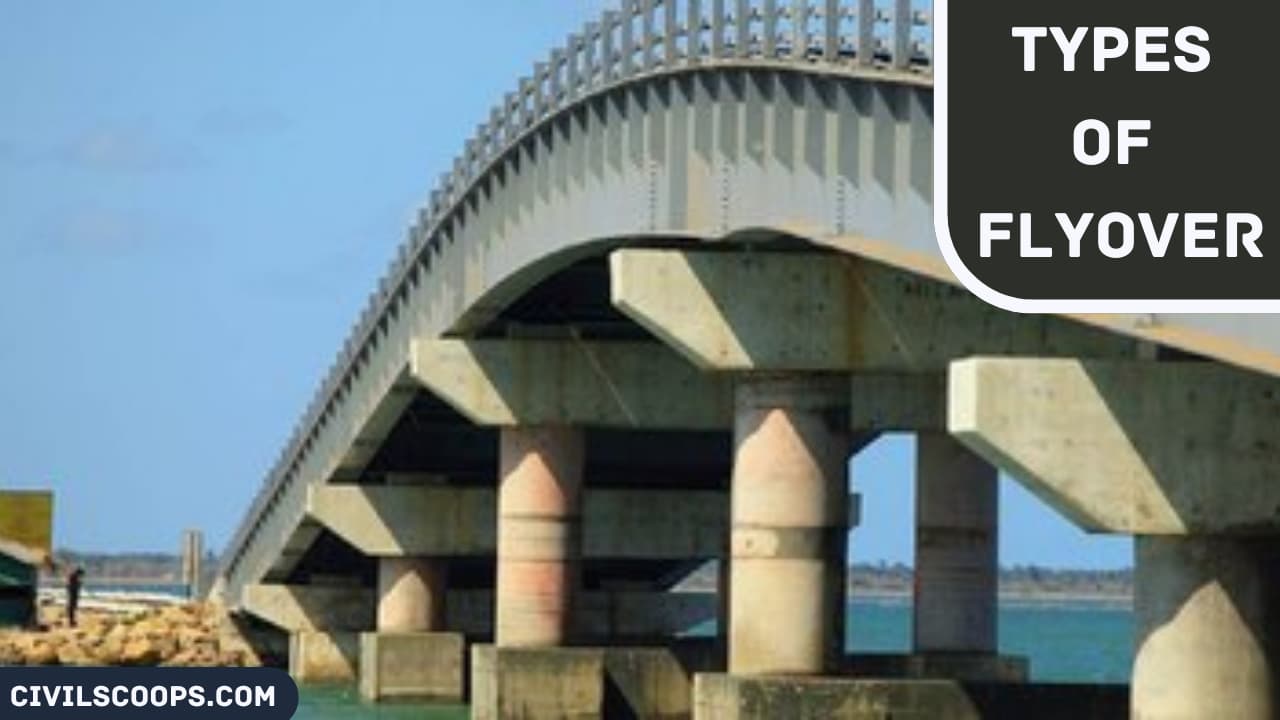 There are two types of flyovers used for traffic management when crossing the road.

In this case, the highway is used for fast traffic, which is made to pass over a high level by a bridge, providing foundations in both directions, and a slow walk is made to pass under.

Traders therefore go through two different levels, and they miss out on the risk. Even after giving a flyover, as we have to continue to provide traffic lights at intersections under the flyover to make anyone approaching in any direction accessible all the other way.

Cloverleaf Junction is also a type of grade separator. It was first used in America and requires a large land area. All conflicting traffic streams are avoided, so traffic can go at its own pace.

This has a greater advantage than the Simple Flyover, as there is no need to weave and slow down the road. For anyone approaching a cross road there are three ways to go and four ways to approach. Therefore, there should be 4 x 3 = 12 total connectivities. 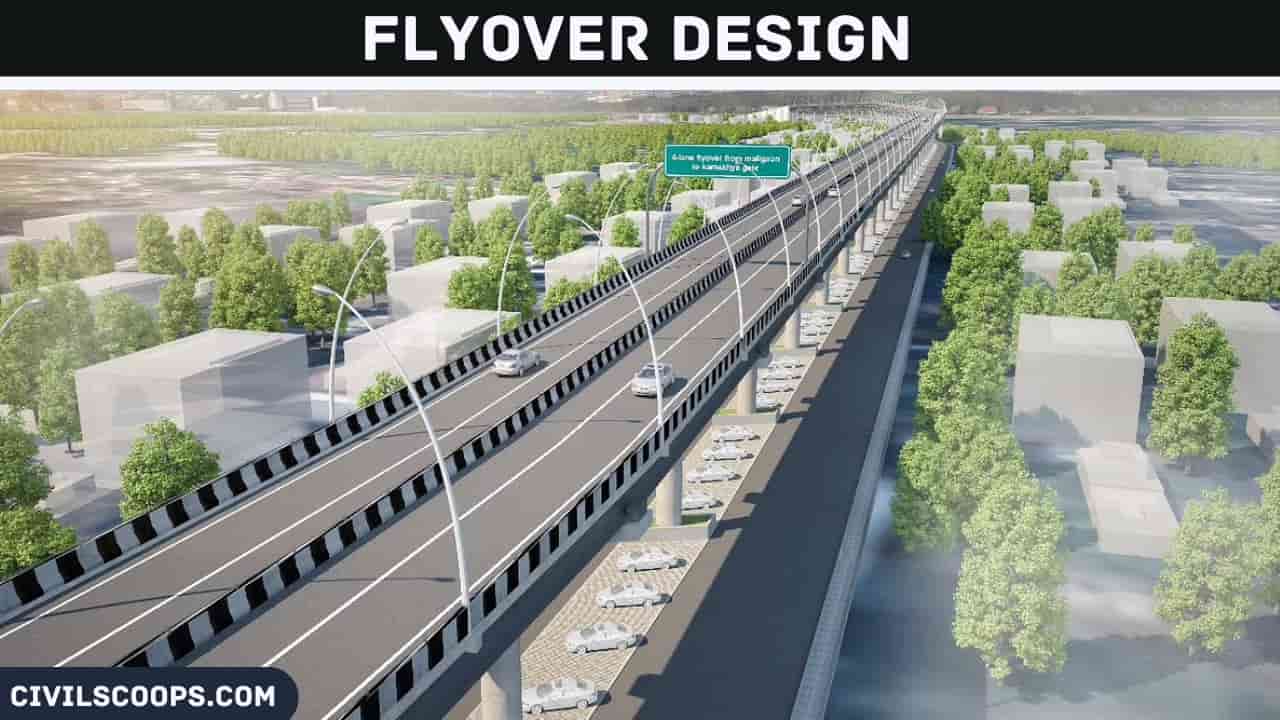 In recent years Flyover Design plays an important role in reducing and diverting the growing number of traffic in big cities. With the help of a Hydraulic jack the flyover can be transverse vertically. The Flyover is made up of composite materials, namely concrete and metal structures.

Loads are transferred to the depths of the soil with the help of piles foundation. Aluminum and steel structures are used as materials in the structural members of the deck and pier.

Flyover Design is done in order to implement the Flyover where land acquisition costs are high and in densely populated areas. Flyover design is a complex problem, calling ingenuity and practicality while satisfying the basic security and economic requirement.

The basic design philosophy that governs the construction of a flyover is that a structure should be designed to support, with a defined probability of every action that is likely to occur in its intended life span.

In addition, the structure must maintain stability over time and during unprecedented action and should have sufficient firmness during its life span.

India has a rich history of steel bridges and flyovers. This is usually a Flyover that passes through low terrains or at intersections of roads joining long distances with one span or multiple span constructions.

The steel flyover is a good solution for long spans, construction in hilly areas, or terrain conditions. For construction of short and medium flyover, steel and composite concrete are used. In India because of the high population, most cities are saturated and traffic congestion is one of the major problems these cities are facing.

The flyover design has three main feature elements. First, the foundation conveys the loaded weight of the flyover to the ground; it contains elements such as columns (also called piers) and abutments. Abutment is the connection between the end of a flyover and a road carried by land which provides support for the final section of the flyover.

A flyover is basically a bridge that crosses over another part of the road. For the construction of Flyover one should follow the following steps.

Here, the 4 different types of Flyover bridge are as follows.

The Flyover is of 320 m length with 32 spans, 10 m per span. It consists of a deck slab, longitudinal girders, cross girders, deck beam, pier, and foundation. Structural design of one span was made for all the above components.

An overpass (called an overbridge or flyover in the United Kingdom and some other Commonwealth countries) is a bridge, road, railway or similar structure that crosses over another road or railway. An overpass and underpass together form a grade separation. Stack interchanges are made up of several overpasses.

The Flyover is made up of composite materials, namely concrete and metal structures. Loads are transferred to the depths of the soil with the help of piles foundation. Aluminum and steel structures are used as materials in the structural members of the deck and pier.