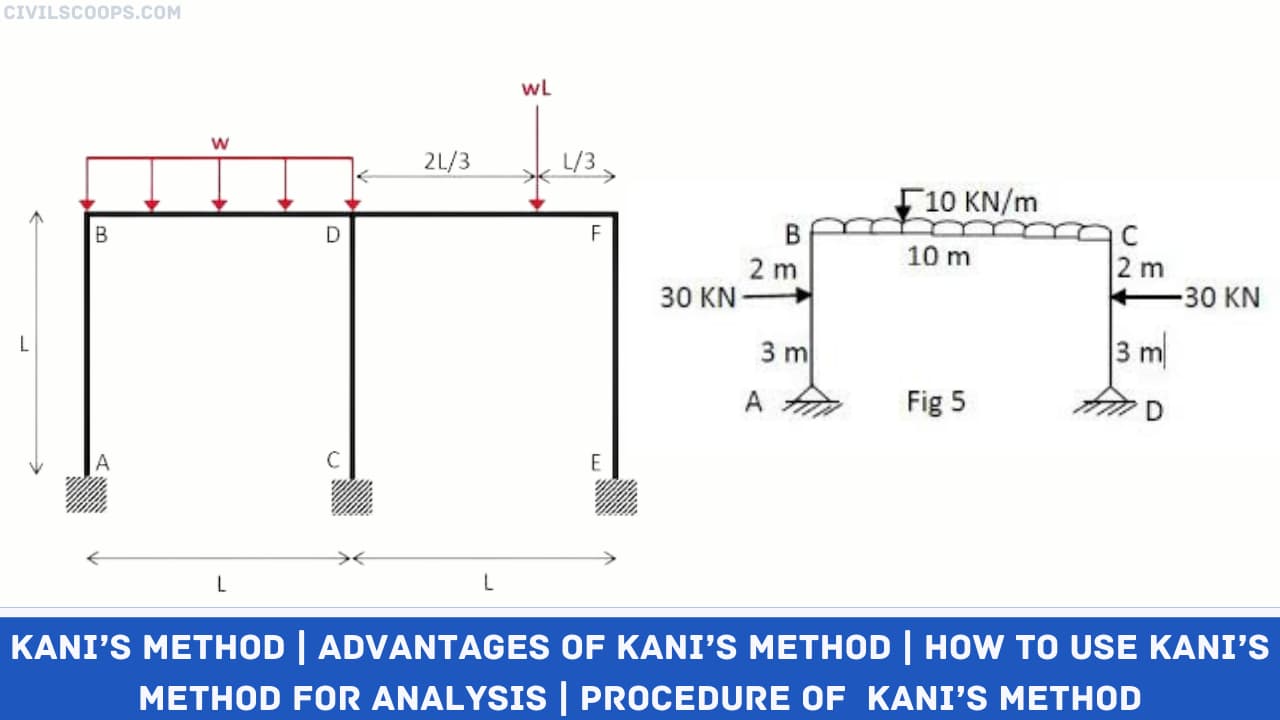 Structural analysis is one of the most important parts of civil engineering. The construction of high rise buildings and multi-storey buildings are increasing day by day.

The high rise building requires the perfect analysis of frames and different structure of members features has a number of joints. Kani’s method was developed by Gasper Kani in the year 1940. The Kani’s method consists of the distribution of the unknown fixed end moments of the different structural members to the adjacent joints in order to satisfy the conditions of continuity of slopes and displacements.

joints in order to satisfy the different conditions of continuity of slopes and displacements.

Here, the pros of Kani’s Method are as follows.

How to Use Kani’s Method for Analysis?

The junction of the beam with the column consists of rigid joints.

Framed structures are rarely symmetric and subjected to side sway that’s why the Kani’s method is best and much simpler as compared to the other types of methods.

Kani’s method was introduced by Gasper Kani in 1940’s. It involves distributing the unknown fixed end moments of structural members to adjacent joints, in order to satisfy the conditions of continuity of slopes and displacements. Kani’s method is also known as Rotation contribution method.

The method provides a iterative scheme for employing slope deflection method. It is mostly recognized for frame analysis. It comprises allotting the unidentified fixed end moments of structural members to adjoining joints, with the purpose of meeting the conditions of continuity of slopes and displacements.