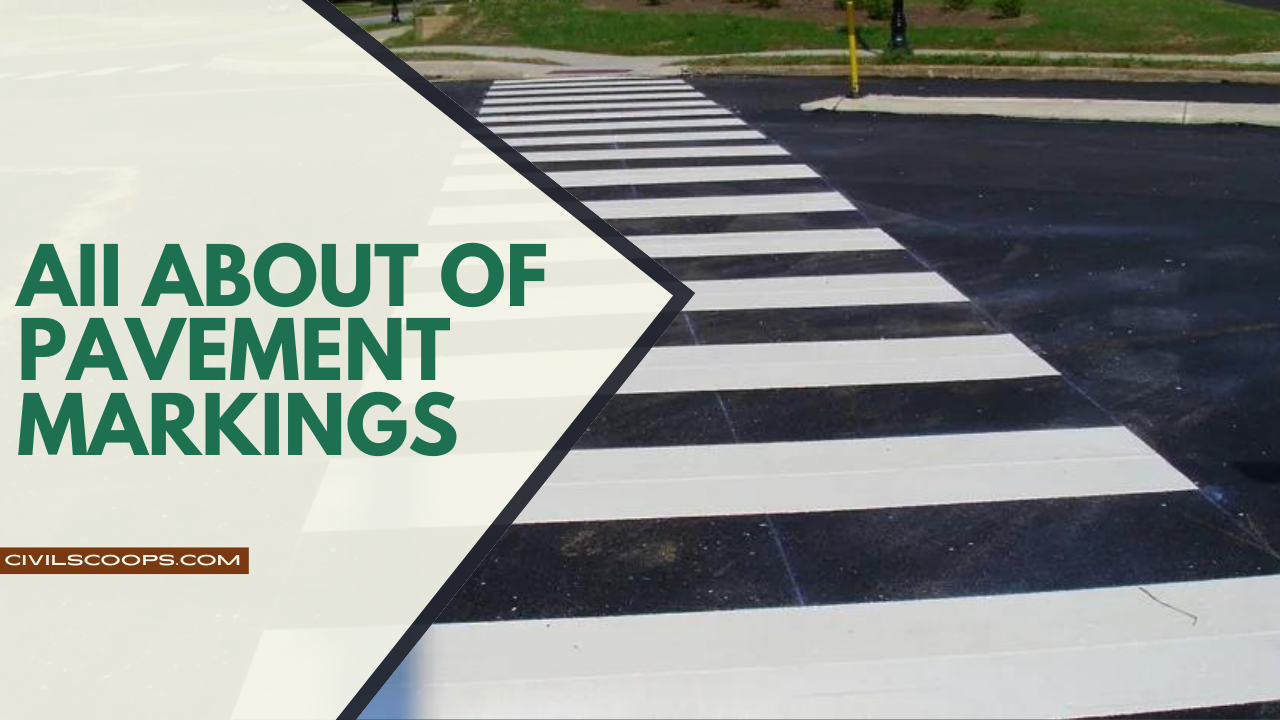 For road users, road marking or pavement marking is a component of an intelligence system as a road signal and signs. The pavement marking system helps the drivers for understanding the location and upcoming situation, and where and how to arrange the vehicles.

What Is Pavement Marking?

Pavement marking is an information and guidance process that is provided by marking the roadway for the drivers and pedestrians. For the other facilities like marking the parking area for the vehicles, this system is used.

When you see yellow or white color lines have marked the center of the road or with the colors dividing travel lanes, then you have to understand that, the traffic is traveling in two or one direction.

The pavement marking is generally used to, optimize roadway capacity, orderly traffic flow, and inspire safe drive. For providing good nighttime and daytime visibility, all pavement should be maintained accurately. When the pavement marking installation is decided by the municipality, then they must maintain it.

But when the municipality decides that, it no longer needed the marking, then the selection process for the documentation should be recorded. There are have many types of pavement marking and their meaning, which is described below- 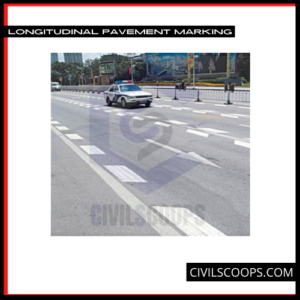 When we need to change or cross the lanes, then by yellow or white broken lines this function is enabled.

The yellow pavement marking lines are used, when we need to create double lanes on the same road. It’s drawn in the center of the road perfectly.

For four or more traffic lanes, in the undivided two-way roadways no passing zone marking and in the two directions, the centerline will be marked.

The types of lines drawn indicate the traffic rules set by the local authority. If the line is broken or dotted with line fragments then that indicates that it is allowed to pass but passing should be taken place carefully. On two or three-way roadways no passing zones are usually made. They are very essential to decrease the possibility of accidents. The no passing is created with undivided marking in the middle of the road.

In one direction no-passing zone pavement markings, two lines are drawn of which one is divided and another is not divided. This indicates no passing zone. The side adjacent to the solid line indicates the prohibition of passing for the traffic on the lane. On the other side where the line is divided, passing is allowed.

In two-direction no passing pavement markings two lines are drawn in the middle of the road. Both the lines are single undivided solid lines and they indicate the prohibition of passing on both sides.

For no passing pavement markings, some places are considered common places that must need no passing zone. These areas are grade crossings, highway-rail grade crossings, lane deduction transitions, and locations where sight distance is not adequate. 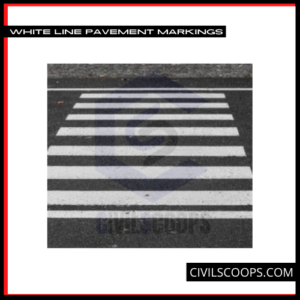 White pavement lines are done on roads that have enough breadth to hold more than one lane that consists of traffic moving in the same direction. In crowded or overcrowded locations like markets etc. White pavement is done. Lanes which are marked with white pavement are usually less crowded than the lanes without any pavement.

White pavement lines are also of two different types. One drawn with a broken line and another done with an undivided or unbroken solid white line. Each of these indicates the traffic rule and regulations applied by the local authority.

5. Pavement on the Edge of the Road The pavement done on the edge of a road is called edge line pavement markings. These lines can be seen on both edges of the road. To make the edge of the road visible this type of pavement is done. In times like adverse weather, rain, or storm these lines appear to the driver which prevents accidents from happening.

There are universal rules relating to the pavement done on the edge of the road. An undivided white line is used to define the rightmost side of a road while a yellow undivided line indicates the left side of the road.

Extending the lines through interaction is not done while doing the pavement. In raised pavement marking mostly retroreflective prismatic cubes are used but non-retro-reflective materials can be used too.

A road with raised pavements that reflects the headlight of a car at the night prevents cars or bikes from losing sight of the road. And in adverse weather like rain, this type of pavement help too. Also raised pavements, if done with good quality material make the road appear beautiful. Raised pavements work better than markings. Stop and yield lines tell drivers to stop the car or yield before reaching a mid-walk and intersection. Stop and yield markings are perpendicular to the lane it is drawn on.

A perpendicular line is drawn to the lane across the road and isosceles triangles are drawn along with it. The shape looks like a horizontally spiked zig-zag-like shape. Against the traffic. The color of the entire marking is white. Places like schools, crossings, traffic signals, etc are such places where crosswalks can be seen. These crosswalk markings are very helpful to pedestrians and they lessen the probability of accidents.

In the place where two or more roads intersect or cross each other, crosswalks exist. When the traffic stops at the intersection, pedestrians can cross the road through the crosswalks.

Places where usually crosswalks are used as school walking roads, uncontrolled crossings of certain types, signalized intersections, etc are most suitable for crosswalks. Different Colours Used in Pavement Markings and Their Uses-

Different colored pavements have different uses and the color of the pavement is something that indicates the rules and regulations of the location. Pavement markings indicate the rules and regulations of traffic control in any place. So the color of the pavement markings, size, and pattern used in pavement markings are essential. For durable long-lasting pavements, many materials are used. Some type of material absorbs heat and glows in the dark giving a sight of the road.

In some cases cubic shaped prismatic textured material is used for pavement. As pavements usually advise the travelers how to travel in different places accordingly. The advice must be positive so regulated standards should be followed while making the pavements.

Some essential materials used in pavement making are such as thermoplastic, and paint, which are common, and other than those raised pavement markers, colored pavements are used.

The most used material is paint. Using paint in pavement marking is easier, simpler, and most importantly cheaper. Paint is an economical material but paint is not so durable. Also, paint is not visible during the nighttime. But for retroreflection quality, glass beds can be mixed with paint, and then the mixture could be used in pavement marking.

Thermoplastic is also a largely used material in pavement marking. Thermoplastic absorbs heat and utilizes the absorbed heat. But a twist is that when something gets heated it enlarges and when it gets cold it contracts. The amount of contraction and enlargement varies with different materials.

Here in the case of thermoplastic the differentials between contraction and enlargement of pavement and material used in road-making (concrete) are not the same. This results in the separation of thermoplastic from the concrete. So in concrete roads thermoplastic is unsuitable. Disadvantages of the Pavement Marking As like above advantages, the pavement marking has many types of disadvantages that are below-

They indicate which part of the road to use, provide information about conditions ahead, and indicate where passing is allowed. Yellow lines separate traffic flowing in opposite directions. Drivers should stay to the right of yellow lines. A solid yellow line indicates that passing is prohibited.

These lines appear on stretches with bends. Crossing the yellow line is punishable. Crossing these lines are prohibited. Vehicles on the side of the broken line can cross the line to the other side.

A Broken Yellow Line on a Pavement