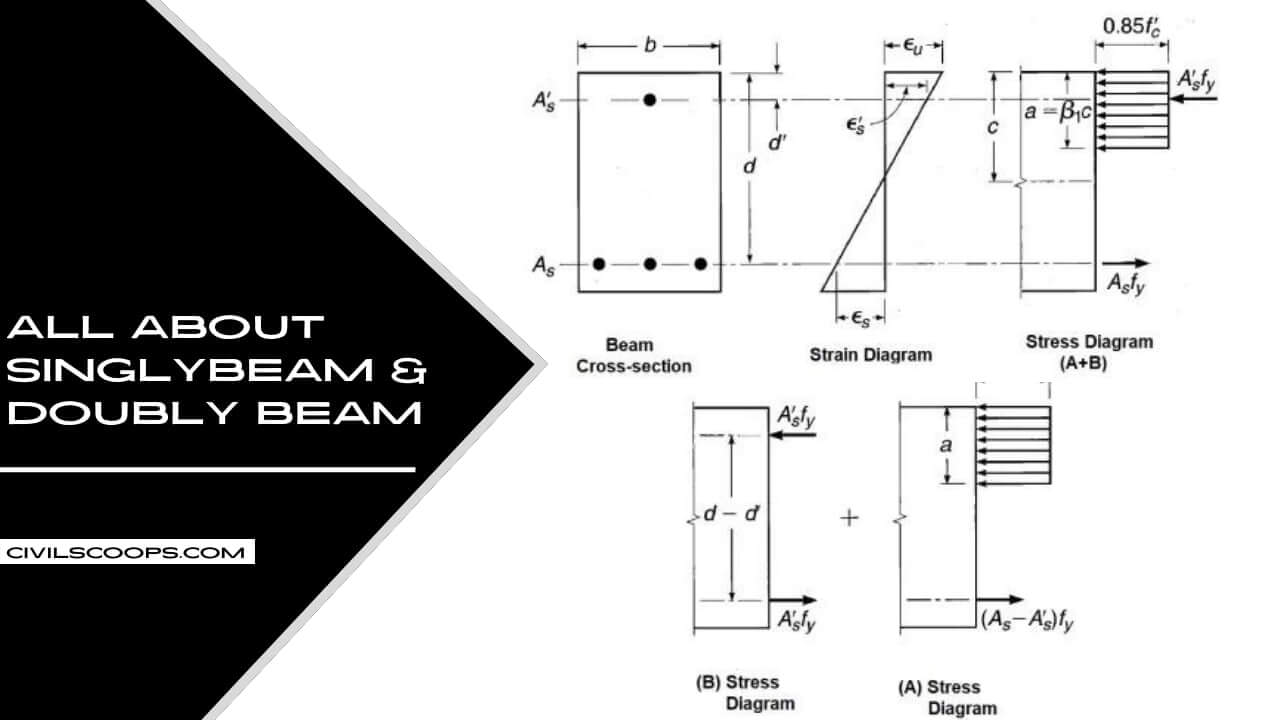 What Is Singly Beam? 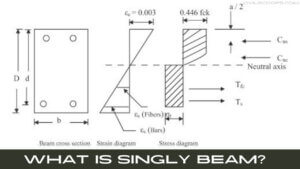 A singly beam is the beam which is provided with longitudinal reinforcement in the tension zone. Compressive forces are handled by the concrete section in the beam.

What Is Doubly Beam? 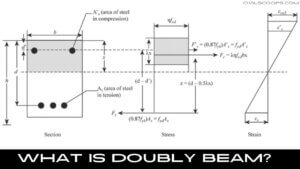 The beams reinforced with steel in compression and tension zones are known as doubly reinforced beams. This kind of beam will be found essential when headroom consideration or architectural concerns the depth of the beam is restricted.

The beam with its restricted depth, if reinforced provided on the tension side only, it may not have sufficient moment of resistance to resist the bending moment.

Hence, to additional increase, the moment of resistance of a beam section of unlimited dimensions, a doubly reinforced beam is provided.

Based on Implanted Reinforcement 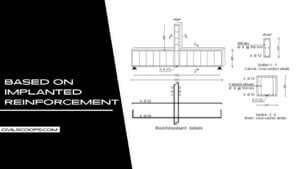 When the depth of the section is restricted due to reasons like, such as architectural reasons or basement floors, the beam section is designed as a doubly reinforced concrete beam.

The beam, which is longitudinally reinforced only in the tension zone, is known as a singly reinforced beam. In Such beams, the decisive bending moment and tension due to that bending are carried by the reinforcement, while the concrete concedes the compression.

We take it Practically; it is not possible to make available reinforcement only in the tension zone, due to we need to tie the stirrups with it. Therefore, at that place, two rebars are utilized in the compression zone to fasten the stirrups, and the rebars work as false members just for the stirrups holder.34

The loads Handel by a beam are transferred to walls, columns, or girders, which then transfer the force to adjoining structural compression members.

Where At = Area of tensile steel.

In both cases, there will be load in the tension and compression zone. This is because; it is not possible to figure a Beam structure without stirrups.

To hold the stirrups in its standing position, it is necessary to place two reinforcements in the compression zone of singly reinforced Beam. However, those two will never carry or pass loads in its body, and it is just fake. In a Beam, the topmost section is called the Compression zone, and the bottom part is called the Tension zone.

Beams generally manage vertical gravitational forces, but it can also be used to handle horizontal loads (i.e., loads placed due to wind and an earthquake ).

The loads carry by the beam are moveable to walls, columns, or girders, which then transfer the force to adjoining structural compression members. In light-frame construction, the joists rest on the beam.

Also, Read: All About of Window | What Is Window | Selection Criteria for a Window | Types of Windows

This article intends to discuss types of beam construction and RCC design of supported reinforced beam.
This doubly beam is also used in the following given situations;

The outsider live loads may alternate, I .e.it may occur on both faces of the member.

For example of Doubly Reinforced Beam

A pile maybe pull up in that manner, the tension and compression zones may alternate in all case. The loading types may be eccentric, and the eccentricity of the load may be changeable from one side of the axis to the other side of the axis. The member may be intended to a shock or impact or accidental lateral thrust.

Procedure for the Doubly Reinforced Beam Is Given Below

Step 1: Calculate the moment of resistance(limiting) for the given cross-section (Mu lim) using the formula for singly reinforced beam

Step 2: Factored moment Mu > Mu lim, then a doubly reinforced beam is necessary to be designed for an extra moment.

A single beam spectrophotometer utilizes one beam of light that passes through the sample and the intensity of the light reflected from a reference is measured without the sample.