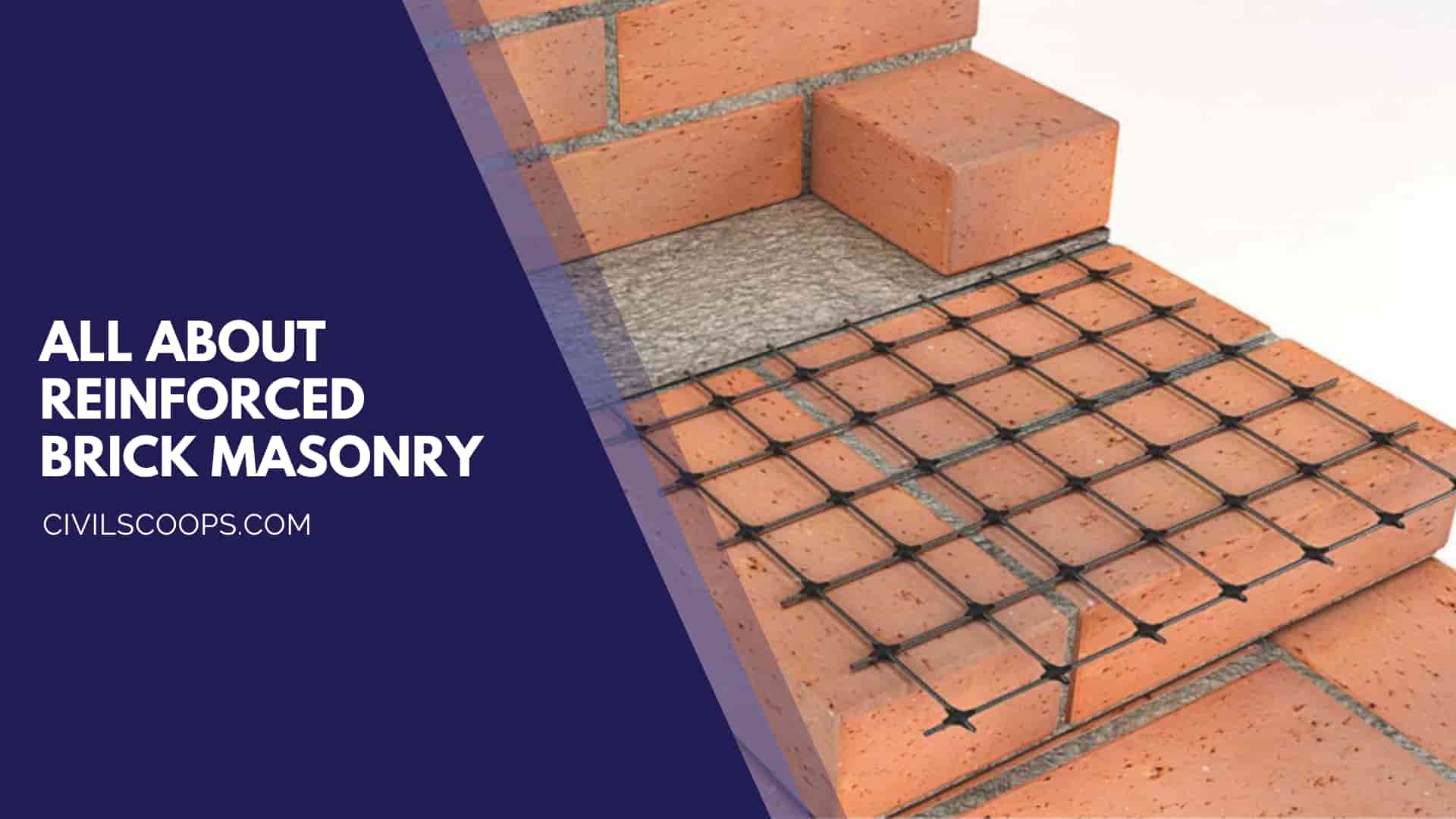 What Is Reinforced Brick Masonry?

Generally, the first class bricks and reach and dense cement mortar are used in the reinforced brickwork. The Reinforcement should be effectively surrounded by a mortar cover of 15 cm to 25 cm. It will help to protect the Reinforcement against corrosion. The Reinforced Brick Masonry has more resistance to the forces that produce tensile and shear stresses.

Reinforced Brick Masonry is used in the construction of retaining walls, especially where exposed brickwork is necessary for architectural consideration. The construction using reinforced brick masonry is cheaper as compared to reinforced cement concrete.

The applications of reinforced brick masonry range from retaining walls to exterior cladding. The added tensile strength of the reinforcing steel opens the possibility for prefabricated brick panels.

Reinforced Brick masonry has higher ductility and stiffness as compared to normal masonry. This method of design and construction is utilized frequently to achieve unusual shapes and bold patterns in Brick masonry.

Reinforced Brick concrete construction has been adapted to a wide variety of applications such as Beams, columns, pilasters, arches, and other elements which have been used in buildings, culverts, retaining walls, silos, chimneys, pavements, and bridges. Research in Reinforced brick masonry is going on to make it more economical and withstand all types of loadings.

Construction of the Reinforced Brick wall 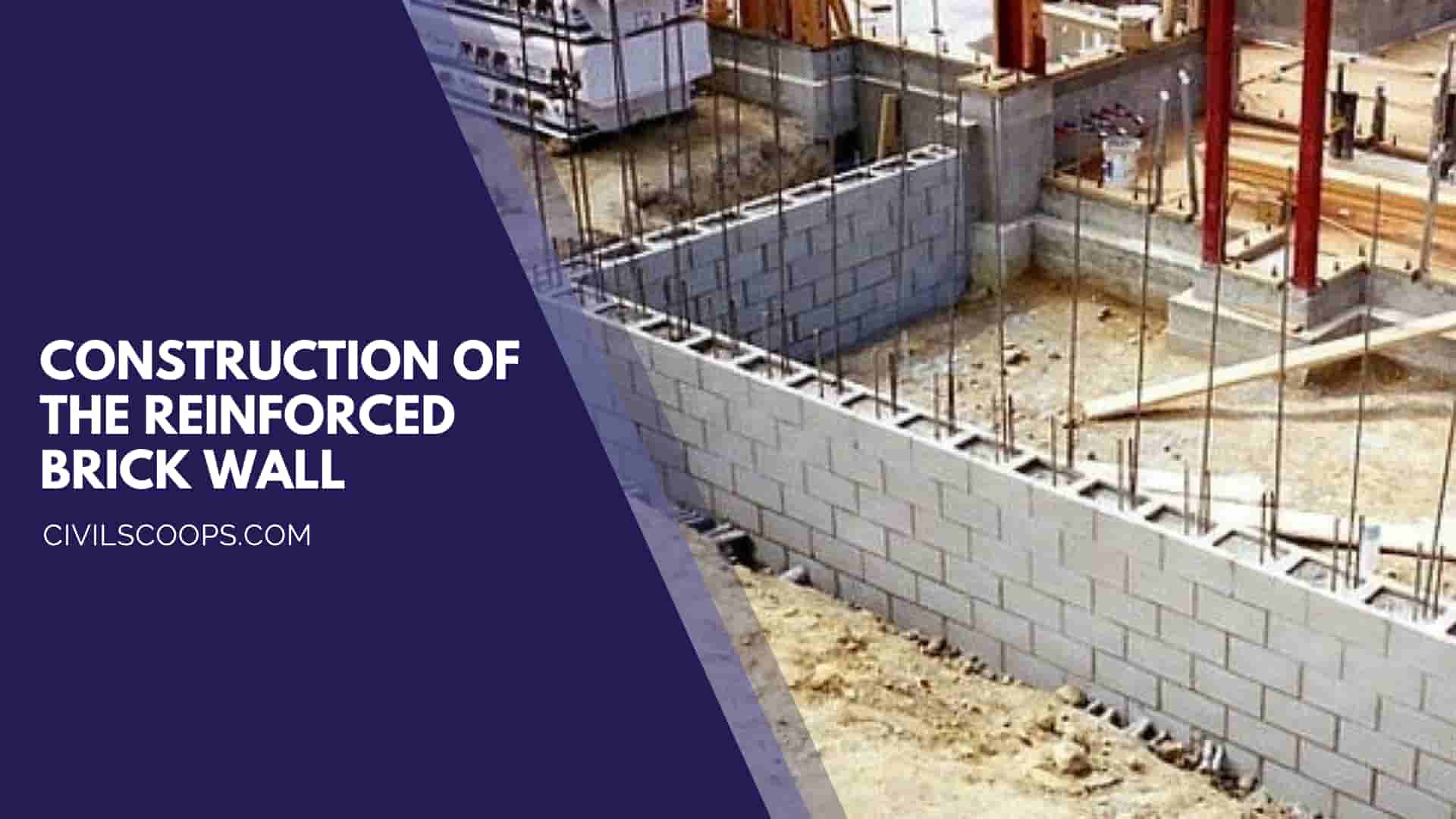 Construction of the Reinforced Brick Column 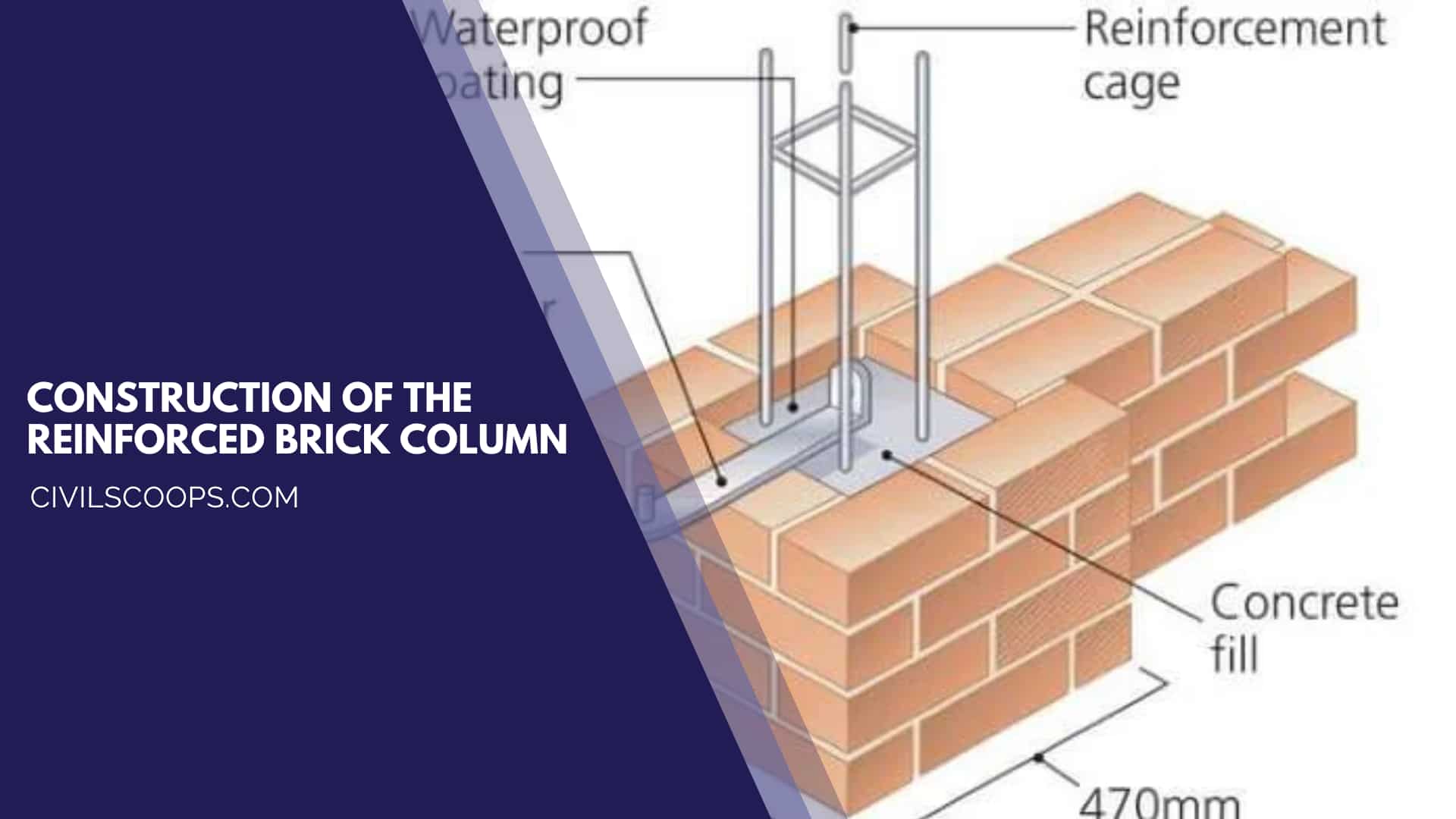 Also Read: WPC Board Vs Plywood | Which Should Be a Better Choice | What Is WPC Board | What Is Plywood

What Is Reinforced Brick Concrete?

Reinforced brick concrete is a combination of brick, reinforcement, and concrete. The concrete is weak in tension and strong in compression.

In the case of beams, lintels, and slabs, the concrete present in the lower portion below the neutral axis is not able to resist the load. This concrete acts as only the filler material.

Hence, to achieve the economy, the concrete in the tension zone can be replaced by bricks or tiles. The construction of reinforced brick concrete for the roofs is generally seen in the areas where the brick available is of very good quality.

It is observed that reinforced brick concrete is slightly more economical as compared to reinforced cement concrete because the brick reinforced concrete consumes less concrete volume because of the presence of the bricks. The Reinforced Brick Concrete also required less quantity of steel because the replacement of bricks required steel to be placed at the wider spans.

What Are the Different Types of Brick Masonry?

2020/04/29. There are three basic categories of masonry brick walls: veneer, solid, and cavity. Each of these wall styles has unique features and individual strengths.

What Are the Most Common Types of Masonry Units?

What Is the Difference Between Brick and Masonry?

What Are Class a Engineering Bricks Used for?

They were traditionally used in civil engineering and are most suitable for applications where strength and resistance to frost attack and water are important. Examples of situations where engineering bricks are used include ground-works, manholes, sewers, retaining walls and damp proof courses.

What Is a Class B Engineering Brick?

What Is Load-Bearing Masonry?

The earlier form of masonry wall construction is the load bearing masonry wall. In this system, the exterior wall serves as structural support where floor joists, often timber, rest on the masonry wall and distribute the loads from the floors to the wall.

How Do You Build a Brick Wall?