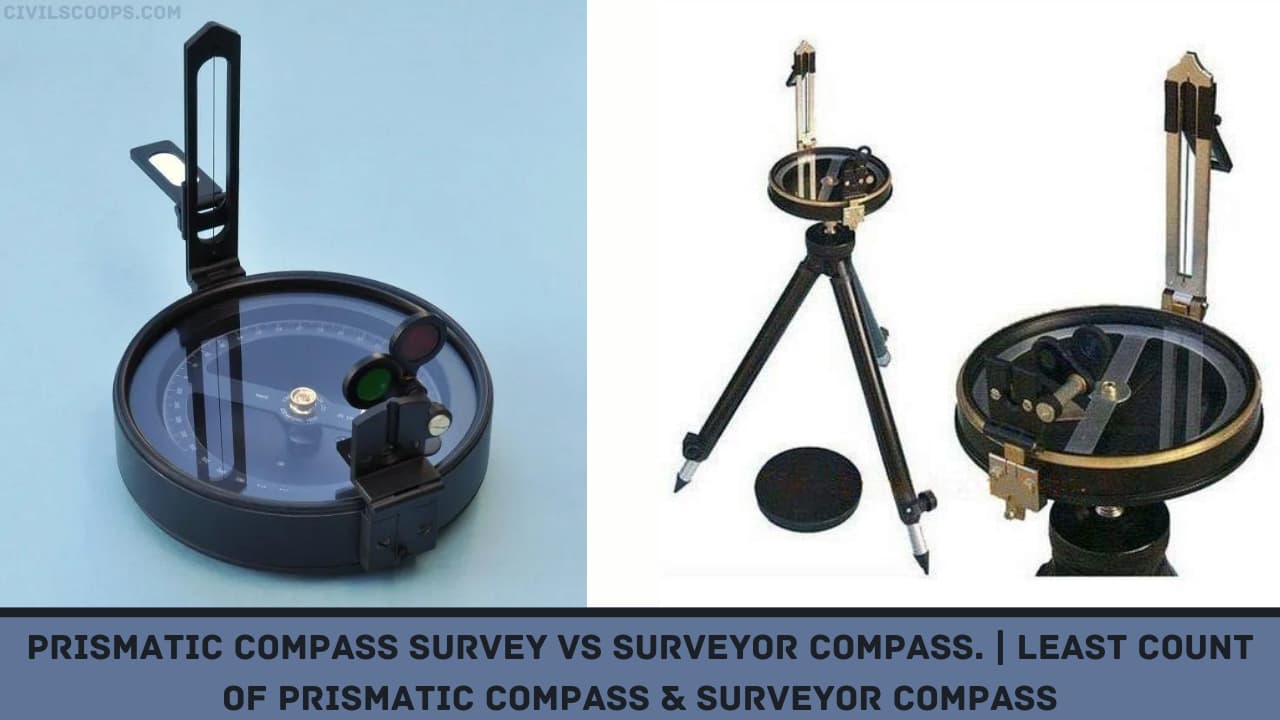 Prismatic Compass Survey is part of the Compass survey. A compass survey is a branch of a survey. This position of an object is located using angular measurements determined by a compass and linear measurements using a chain or tape.

Two different types of Compass are as follows.

This compass was invented in 1814; this compass consists of a small circular box of about 100m. This prismatic compass can either be used as a hand instrument or mounted on a tripod; and is very useful in a situation where rough surveys are needed, i.e., where the accuracy of the survey is not the main consideration but the speed.

Main Parts of a Prismatic Compass

This Prismatic compass is useful for filling in details in a survey and in places where the ground does not allow the use of chaining.

The military also uses it for reconnaissance surveys, might motility, and for sketching along roads or rivers. However, while observing with a prismatic compass, care must be taken to avoid local attractions. Also, keys, pins, and other metallic substances must not be brought near the compass.

Also Read: Difference Between Lime and Cement | What Is Lime (Hydraulic) | What Is Cement

Least Count of Prismatic Compass 30′ i.e. thirty minutes. It can read only those observations, which are multiples of 30 minutes. Adjustments of Prismatic compass: 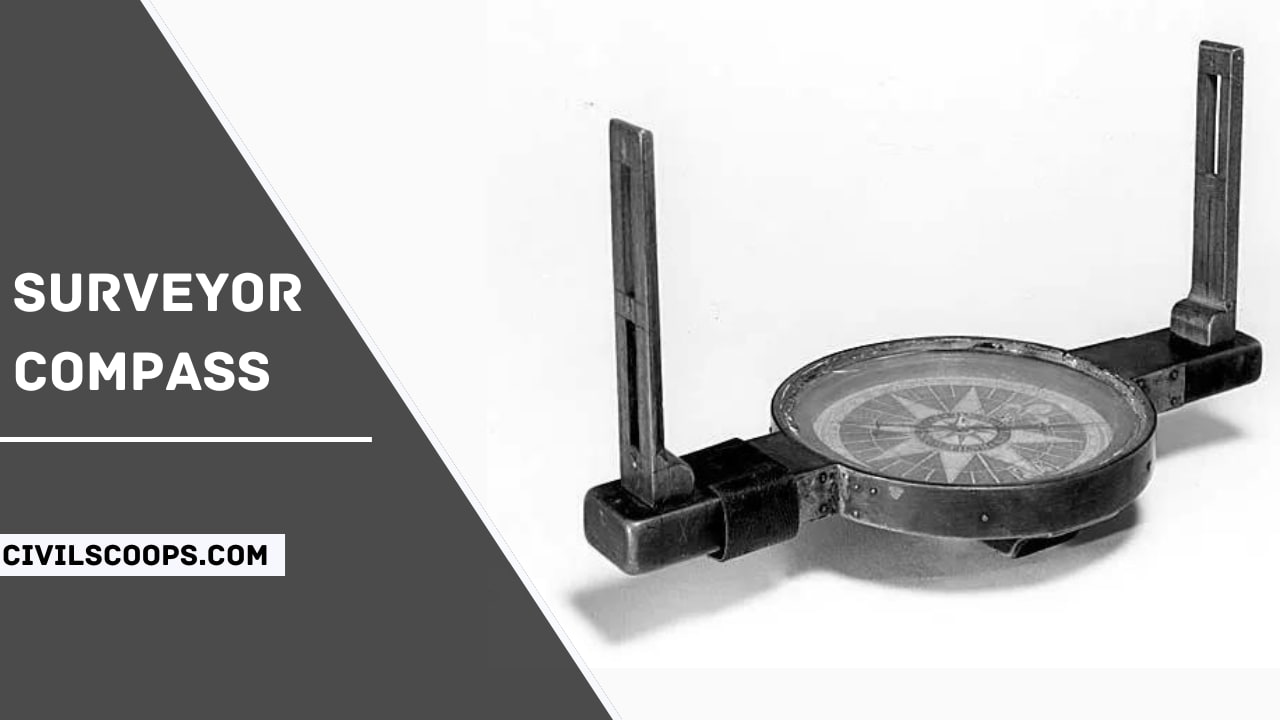 A surveyor’s compass was originally a colonial instrument designed for use in places such as Ireland and America, where land was plentiful. The first reference to an instrument of this sort appeared in William Folkingham, Art of Surveying (London, 1610).

The earliest extant example was made in Dublin in 1667 and is now in the Museum of the History of Science, Oxford. Surveyor Compass is used for determining the horizontal direction of a line with reference to the direction of a magnetic needle, and it is considered as an accurate instrument for surveying. Most of the surveyor’s compasses are made of brass

A surveyor’s compass. As illustrated in the figure, the graduated ring is directly attached to the box, and not with a needle. The edge bar needle freely floats over the pivot. Therefore, the graduated ring or card isn’t oriented in the magnetic meridian, as was the case at the prismatic compass. The object vane is similar to like a prismatic compass.

The eye vane consists of as a simple metal vane using a fine slit. Since no prism is provided, the object is to be sighted first with the eye and object vanes, and the reading is then taken against the North end of the needle by looking vertically through the top glass.

The Least Count of Surveyor Compass is 15ꞌ.

As below type of adjustment of Surveyor Compass

A circumferentor, or surveyor’s compass, is an instrument used in surveying to measure horizontal angles. A circumferentor consists of a circular brass box containing a magnetic needle, which moves freely over a brass circle, or compass divided into 360 degrees. The needle is protected by a glass covering.

What Is the Difference Between Prismatic Compass and Surveyors Compass?