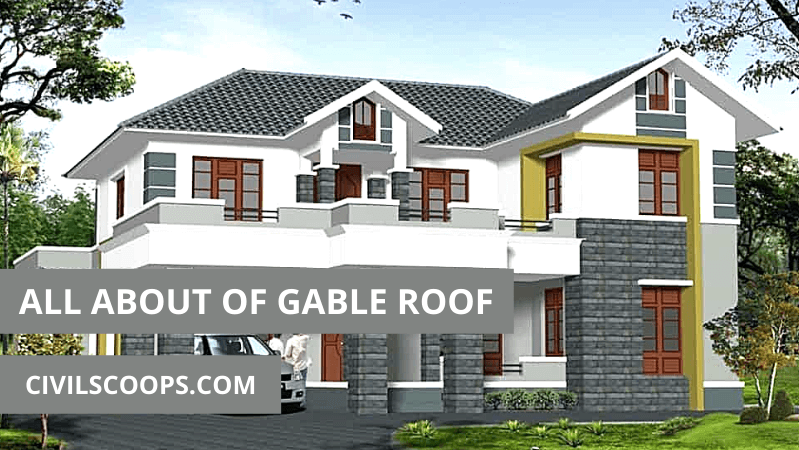 What Is Gable Roof?

Colours, shapes, and locations are used to tweak it. A modern look, mixing of decor, functionality, and elegance, can be achieved by a gable roof system.

A wide range of gable roof designs are available to pick from, and all of them are durable and astonishing. Without having adequate support to the frames, they can create problems in high wind areas.

In the areas of cold or temperate climates, these types of roofs are mostly used. Rafters, roof trusses or outlines are used to achieve the design of this type of roof.

History of a Gable Roofing

Description of these parts of gable roofs is given below

It is the lower portion of the inclined roof that is projecting beyond the outer face of the wall. They are the edges of a roof that juts over the sides of a structure.

The eave inside a typical home, usually in the attic is the angle where the outside wall connects to the roof and thus make it an excellent place to install insulation.

Rainwater pours from the roof directly on the exterior wall by the eaves and it also gives protection from sunlight. They are highly decorated to increase architectural beauty. Some common types of eaves is soffit eaves, exposed eaves, boxed-in eaves, abbreviated eaves.

A gable is the triangular upper part of the wall that formed at the end of a ridge roof. In recent buildings, gable ends are treated in the same way as the Classic pediment form. But the gable ends of many buildings are bearing-wall structures, unlike classical structures that operate through trabeation.

The structural system used, material availability and aesthetic concerns are reasons behind the shape of the gable and how it is detailed.

Gable style is dependent on how much snowfall is expected and is followed in the design of fabric structures, with varying degrees sloped roofs.

Flashing is used for excluding water injunction between roof coverings and other parts of the structure.

Two sloped surfaces intersect to form a ridge that has an outer angle of more than 180° is known as hip.

There is a horizontal intersection at the apex of two roof surfaces known as a ridge.

Purlins are the horizontal members which are laid on principal rafters on wall-to-wall for giving support to the common rafter of the roof. Purlins have uniform and plane top surfaces and They have to be painted before fixing on top.

Upon fascia, the materials that cover the lowermost roof rests.

A structural component of a gable roof that starts from roof support to the ridge is called a rafter. To support the purlins, multiple rafters are used side by side with equal spacing.

Battens are fixed on the common rafters or the top of ceiling boards and are thin strips of wood. Battens are also made of metal or plastic.

Some widely used gable roofs are 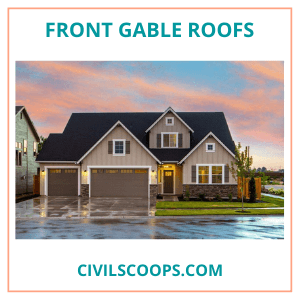 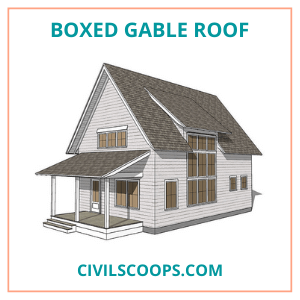 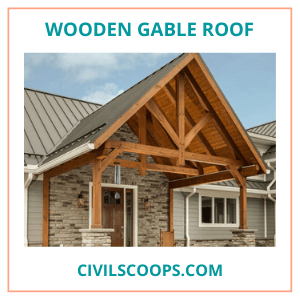 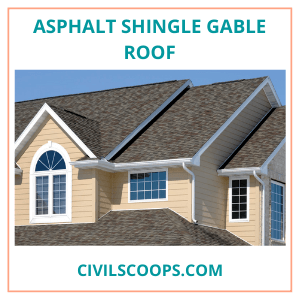 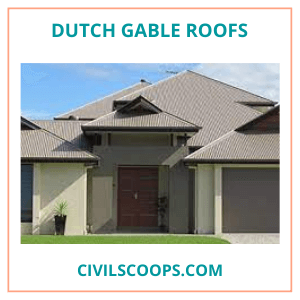 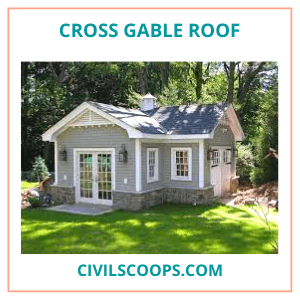 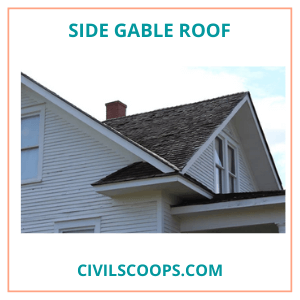 How Long Can the Roof Last?

Also Read: How a Building Is Constructed | Components of Building

Advantages and Disadvantages of gable roofs are described below-

1. Needs to Be Properly Installed

2. Prone to Damage from the Wind

Gabled roofs are the kind young children typically draw. They have two sloping sides that come together at a ridge, creating end walls with a triangular extension, called a gable, at the top.

Here, 7 Different types of Gable roofs are as follows.

A gable is a section of wall located at the end of a pitched roof, between the edges of the intersecting pitches. It is usually triangular and extends from the eaves to the ridge, although the shape and details depend on the particular structural system used for the roof.

A gabled roof is a roof with two sloping sides that come together at a ridge, creating end walls with a triangular extension, called a gable, at the top. Also known as pitched or peaked roof, gable roofs are some of the most popular roofs in the US.