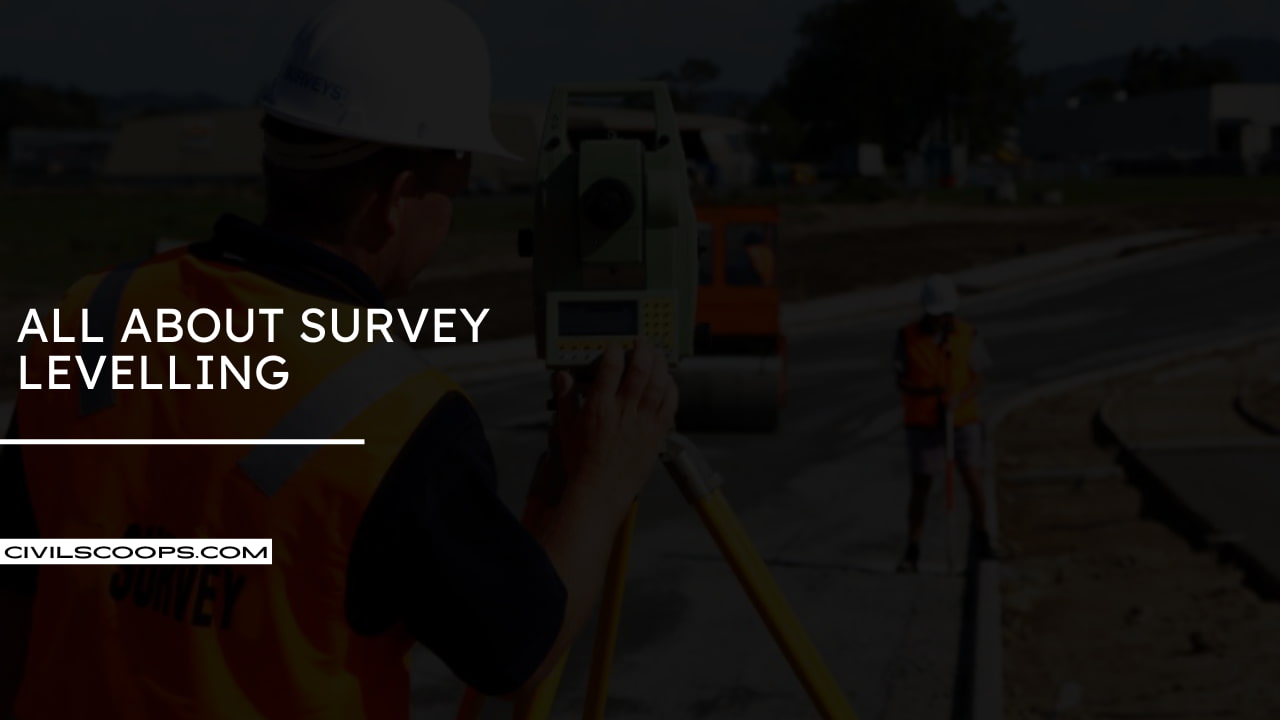 Survey levelling is the method by which we measure the elevation of one land with respect to others. It can also be defined as a method to find out the difference of elevations of different points on the earth’s surface.

It helps surveyors and engineers to level, design, plan, and construct a building by making the land suitable for construction

What Is Survey Levelling? 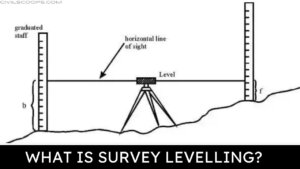 What Are Different Types of Levelling? 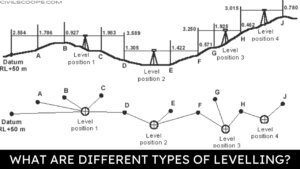 The different types of levelling are:

It’s used to find out the difference between two levels which are relatively close to each other and only one setting of an instrument is enough.

It’s used to determine the correct difference of elevations of the two points which are too far to be measured by putting the instrument mid-way between the two points to balance the foresight and backsight. 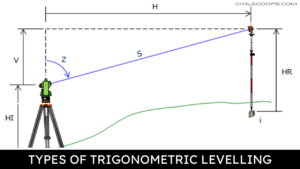 It employs the principle of plain surveying. It’s assumed that the distances measured are small compared to the radius of earth and thus the effect of earth’s curvature ad refraction can be ignored.

In geodetic trigonometric levelling, the distances between the points are comparable to that of earth’s radius. This is the reason that simple principles of plain surveying cannot be applied. It requires the correction due to the earth’s curvature and refraction.

There are many types of errors in levelling. Which is as follows.

Instrument error refers to the error of a measuring instrument or the difference between the actual value and the value indicated by the instrument.

There can be errors of various types, and the overall error is the sum of the individual errors. Its types are as follows.

1.1. Error Due to Imperfect Adjustment

1.2. Error Due to Sluggish Bubble

1.4. Error Caused Due to Defective Tripod

The errors which are introduced due to fault of the observer is known as Personal error, for example, carelessness in taking observation etc. Its types are as follows.

2.1. Error Occurs Caused Due to Careless

2.2. Error Occurs Due to Bubble Out of Centre

2.3. Error Occurs Due to Imperfect Focussing

2.4. Error Occurs Due to Sighting

3. Error Due to Natural Causes

The types of Error Due to Natural Causes are as follows

3.1. Error Due to Curvature of Earth and Refraction

3.2. Error Occurs Due to Temperature Variation

3.3. Error Occurs Due to Tripod Settlement

3.4. Error Occurs Due to Sun and Wind

A readily identifiable, relatively permanent, recoverable benchmark that is intended to maintain its elevation without change over a long period of time with reference to an adopted datum, and is located where disturbing influences are believed to be negligible.

Arbitrary benchmarks are assumed to be equal to 100 meters generally and then the elevations with respect to assumed benchmark are determined.

It is commonly practised by engineering students. For GTS surveys of the country, surveyors use permanent benchmarks to calculate the elevations of different points.

Error Due to Curvature of Earth and Refraction

Hence the error in staff reading due to curvature of the earth = 0.0785 D2 metres, where D is the distance from the level to the
staff in kilometres.

The effect of curvature is to increase the staff reading i.e., this error is positive and so the correction is negative.