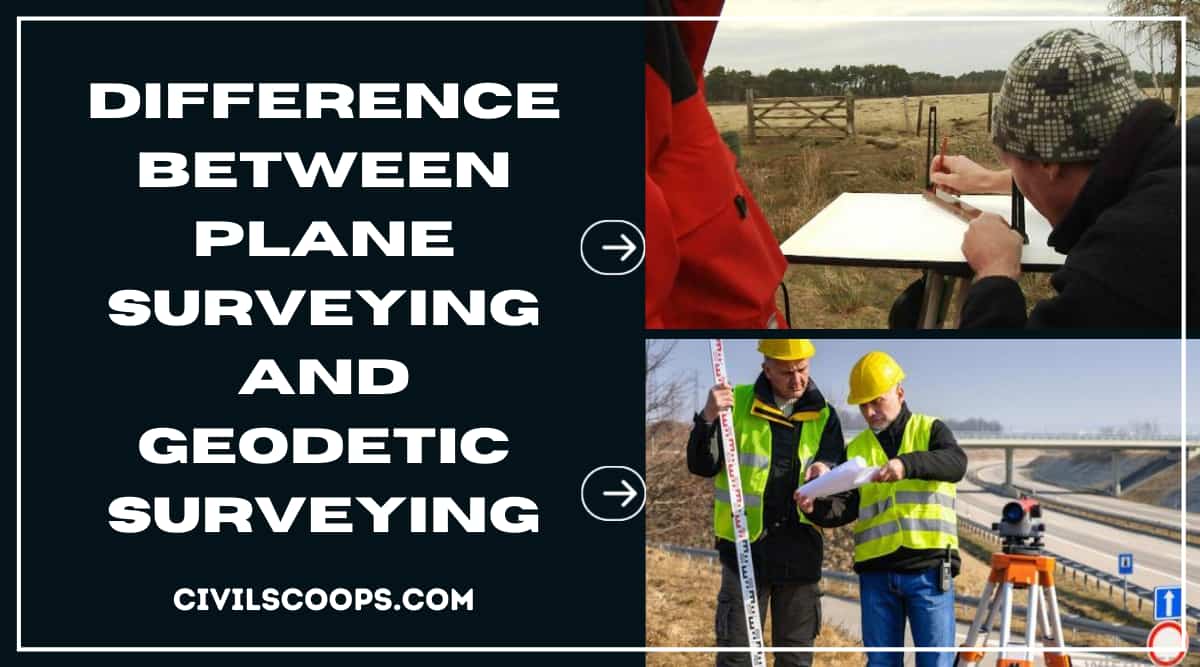 The Plane surveying is defined as a survey technique wherein the Earth’s surface is considered to be flat as well as the curvature of the Earth is neglected.

The plane measurements cover just a small distance, as well as the lines joining every two points, mainly on the Earth’s surface, are viewed as straight lines, with the angles between them regarded as plane angles.

Information on plane geometry, trigonometry is needed when working with plane surveys. Plane surveys covering an area of up to 260Km2 can be considered. It is worth noting that the length differential between the arc as well as the subtended chord on the Earth’s surface is just 0.1 m for a span of 18.2 km. 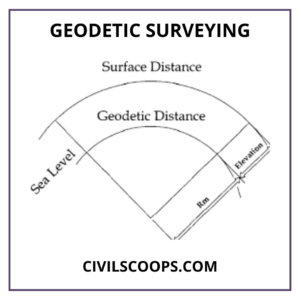 The aim of a geodetic survey is to decide the precise location on the Earth’s surface of a network of widely separated points that serve as control stations for less precise surveys.

A curved line is defined as a line connecting two points, and angles are supposed to be spherical angles. If the field reaches 250

Km2, it is carried out. Geodetic surveying involves the selection of two stations (points) that are separated by a significant distance.

These two points’ latitude and longitude are calculated by astronomy. The line connecting these two points is known as the baseline, and it is precisely determined.

The angle formed by each end of the baseline defines the location of a third station. The entire procedure is referred to as triangulation. It is repeated until all of the surveyed lands have been mapped.

The below are the main features of a geodetic survey: 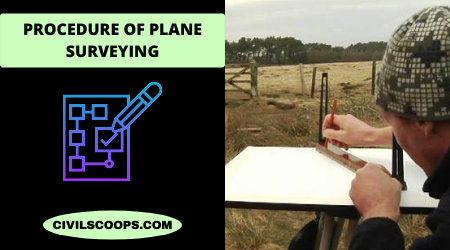 Reconnaissance is indeed the initial examination of the region to be chain surveyed. The surveyor examines the region to be measured, surveys it, and then creates an index sketch or main schedule. Move across the whole field and carefully explore the land, noting the location of borders, roads, and rivers, among other things, as well as the numerous complexities to chain lines, pick stations, as well as execute neat sketches such as index sketches or main plans.

Stations are labeled with ranging rod, or wooden peg, driving a nail or spikes if a hard surface, or embedding stone with a cross mark.

After marking, the station should be referenced, i.e., located by a measurement called ties taken from 3 permanent points which are easily identified, such as a corner of the building.

Following the preliminary work, chaining is initiated from the baseline and is carried out continuously throughout the framework’s lines. As a result, the chain is laid and kept lying, and offsets are taken to locate the nearby details. Make ranging wherever necessary. Measure the change and offset and enter in the field book. 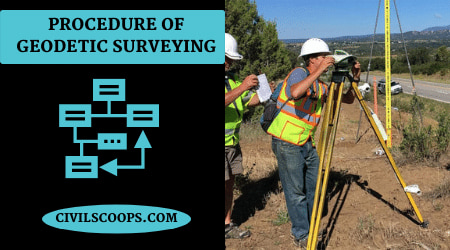 The general method for geodetic surveying is as follows:

Use of Plane Surveying 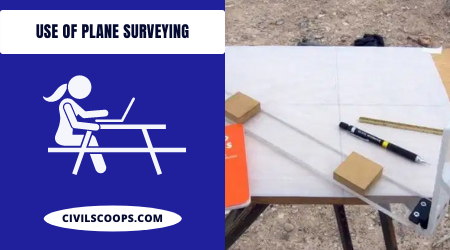 Use of Geodetic Surveying 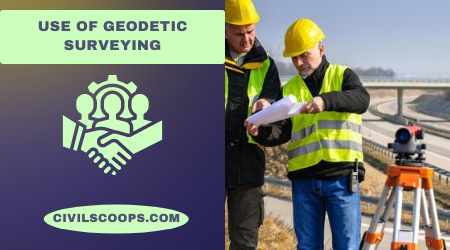