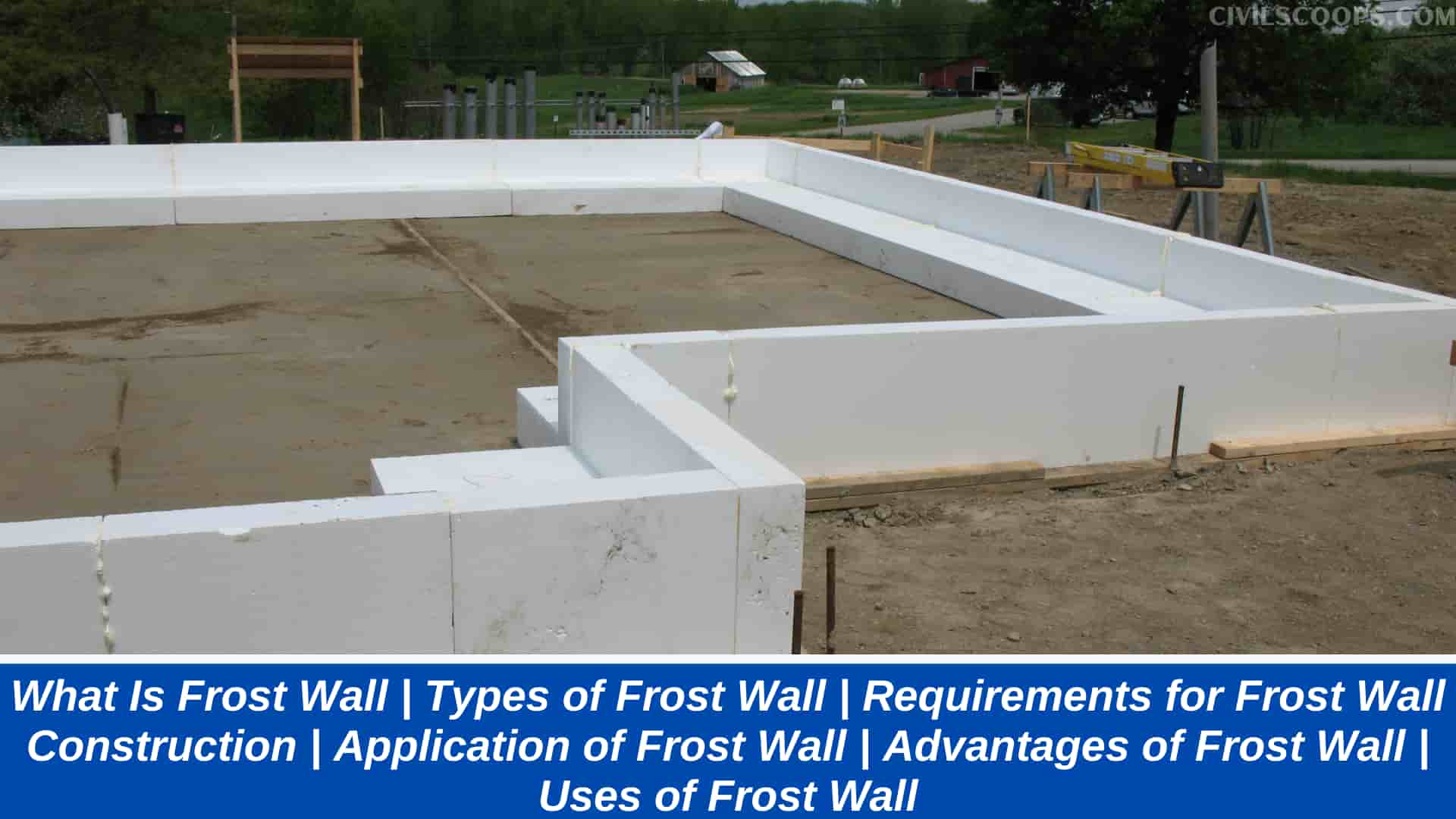 What Is Frost Wall?

The Frost wall or frost-protected wall structure is built to keep soil below the building against freezing to secure the foundations in freezing conditions. The Types of frost walls, their specifications, and applications are addressed. The frosting is a significant problem for buildings in colder climates. These undesirable results are more prominent and thus detected on the base of the house.

Any damage to the structural foundation would have an effect on the overall integrity of the construction. In regions where frosting is a recurring problem, the most common solution is to create a deep base that will lay well below the frost line above the ground surface.

The design of buildings and structural components in extreme climates is therefore a very difficult process. The temperature properties of the building materials used for the construction are the only influences that affect the construction process. The Concrete positioning and mixing in a cooler environment results in a contraction of the mixture. This concrete contraction can result in internal tension.

When these problems of contraction as well as internal tension are not treated seriously, there will be severe issues of internal pressure. The accumulation of internal stresses is a significant challenge to the structural stability including serviceability of the structure.

The frost wall could be described as an insulated wall built across the periphery of the foundation. They are built deep beneath the frost line. Even as frost wall is put under the earth, the base will not be exposed to an upward pressure from of the frost heave method. 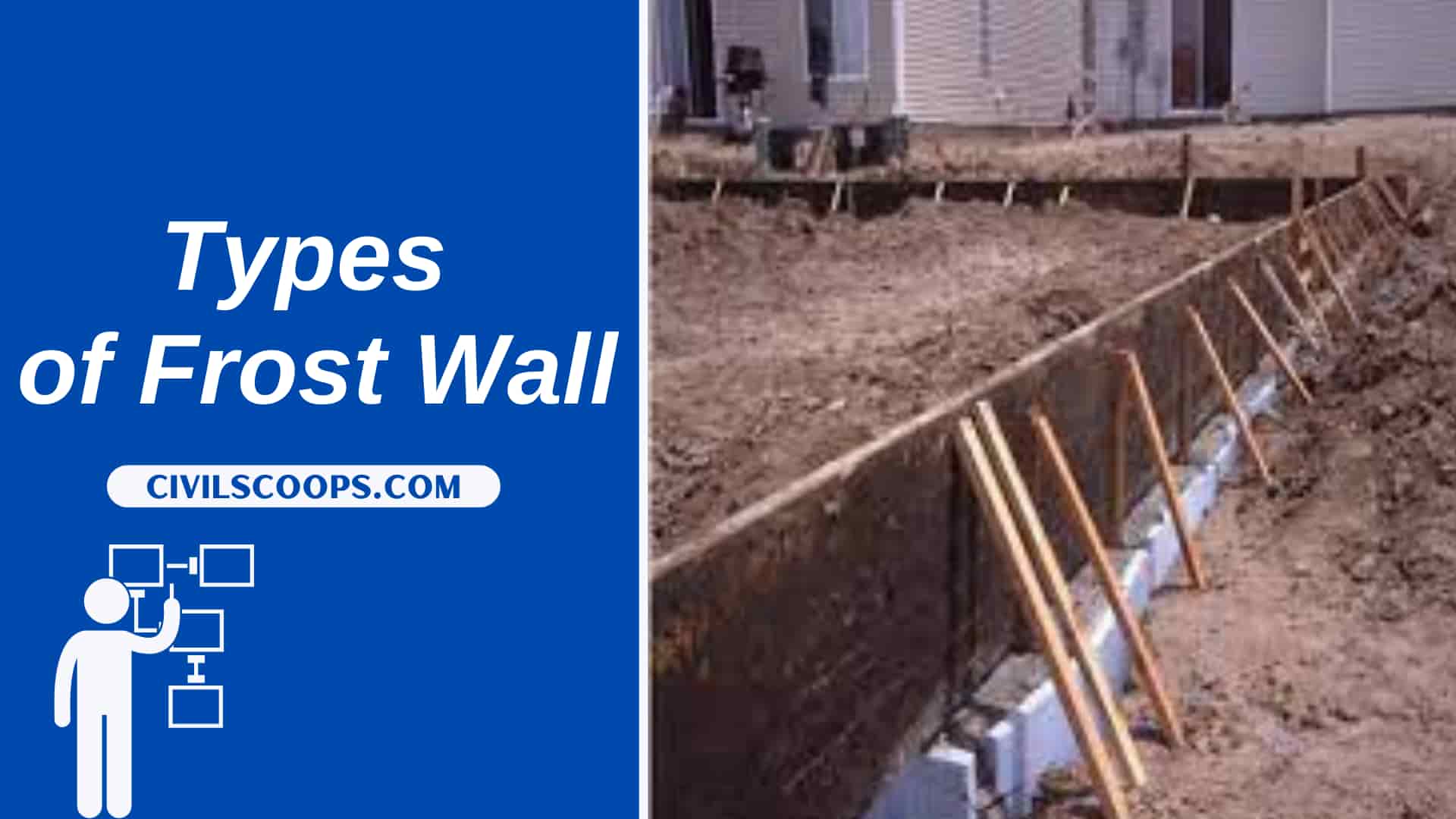 Depending on the load, temperature including building characteristics specifications, there have been various types of frost walls which can be built. One such grouping is as follows:

This frost wall construction would put the burden of the base above the frost wall. The frost wall itself would serve as a base wall, building it under the earth. This is obviously going to be built under the frost line of the town. These types of frost walls are built in harsh weather conditions (freezing temperatures).

Even as title indicates, such frost walls are formed much like an insulating wall. It’s built in homes that are not enclosed. These insulated non-load bearing walls would be installed within the house.

No – Filling frost walls helps prevent heat from escaping into the base. The designed inner frost wall should not be in contact with the surrounding wall. Extra caution should be taken before designing the same item.

The distance between the two walls is preserved. It is therefore advised to provide a membrane to deter precipitation, otherwise, the moisture would be turned into ice inside the wall structure. 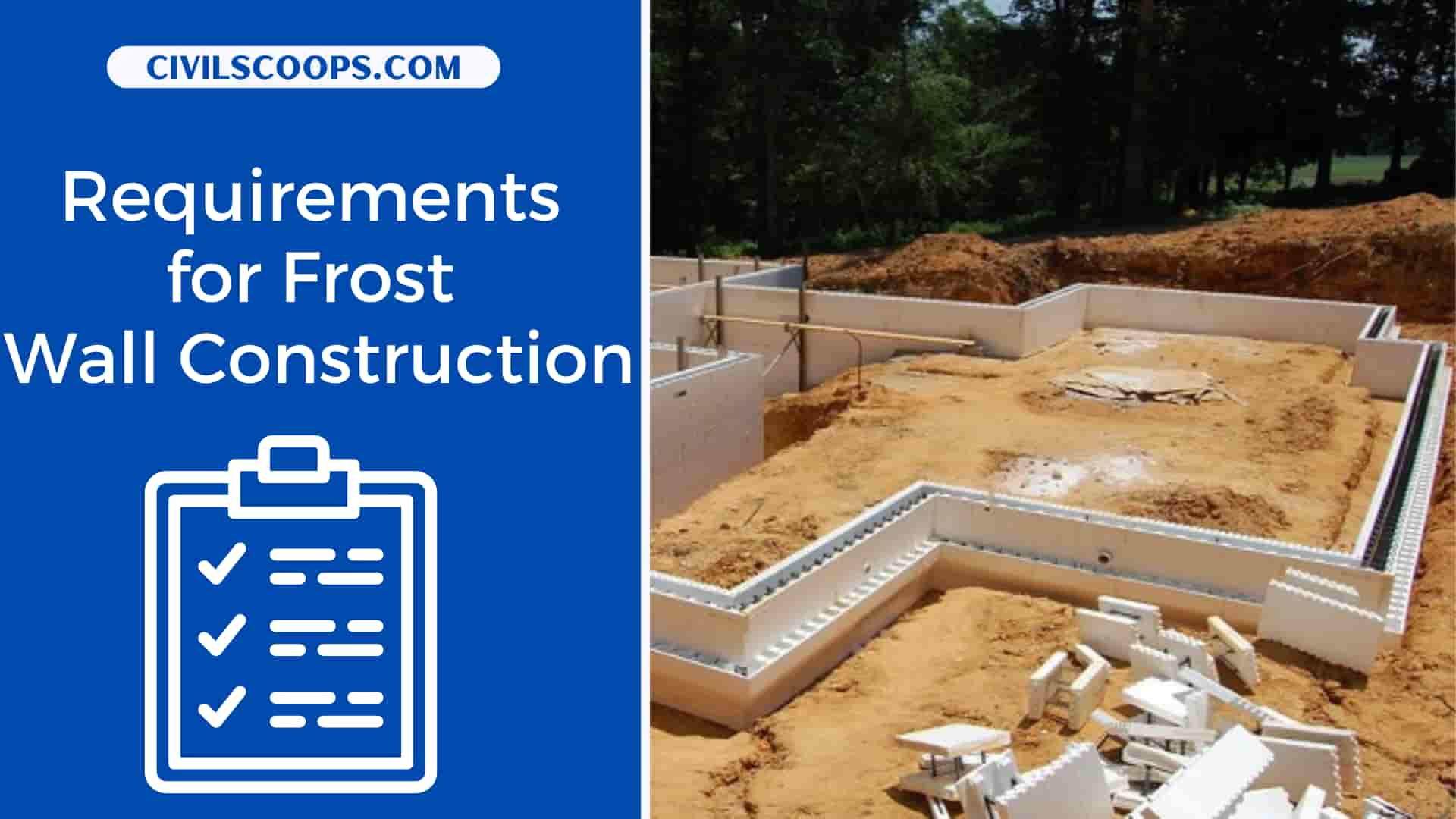 The structure of the frost wall offers improved results if all the structural elements that follow this construction will be of the necessary resources.

Any of the core functions relating to its specifications are set out below:

How Deep Is Frost Line?

The frost line, often recognized as frost depth or freezing depth is quite generally the depth where the groundwater is supposed to freeze in the soil.

The extent of the frost relies on the atmospheric conditions of the region, the heat transfer property of the soil as well as the neighboring materials as well as the surrounding flammable substances. That path differs in latitude, which is nearer to the poles. According to Federal Highway Administration Publication , the mean depth of frost recorded in neighbouring United States varies from zero to 8 feet .

The temperatures ranging that below depth, and is still over 32 °F (0 °C).

How to Determine Frost Line? 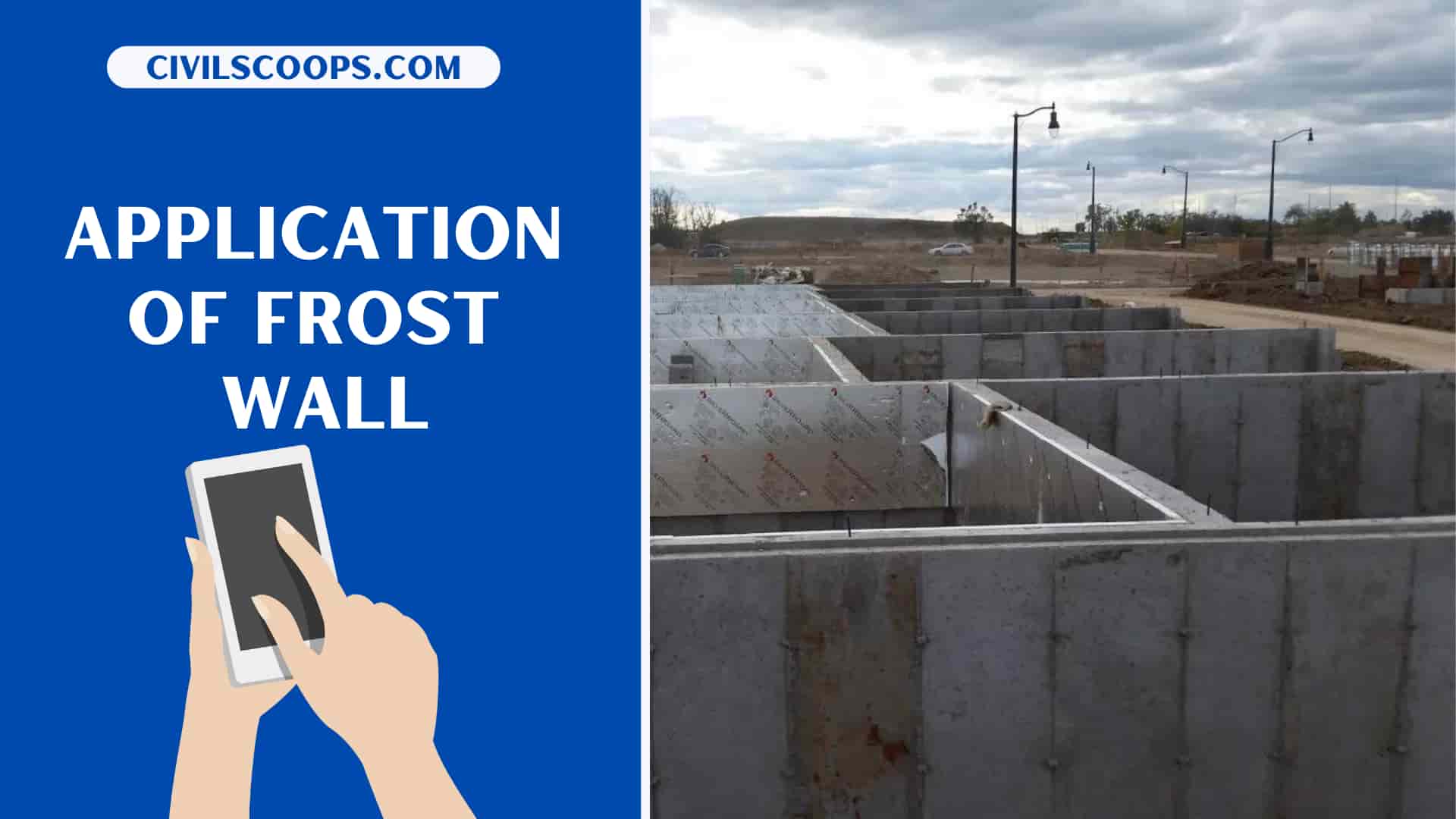 Here are the works and installation of the frost wall to avoid the freezing of the shallow base and that of the non-heated structures.

Heat loss through the building’s foundation helps prevent the ground beneath from freezing and heaving. In combination with geothermal heat stores, an FPSF installation allows soil below the foundation to remain above freezing even in extreme winters.

Frost wall or frost-protected wall construction is to prevent soil beneath the building from freezing for protection of foundations in freezing temperature climates. Types of frost walls, their requirements, and uses are discussed. The frosting is a serious issue for the building structures during colder climates.

A frost wall is a structure that extends below the frost line to help insulate the ground beneath a building’s foundation. Two main types of frost walls exist with slightly different purposes: load bearing and non-load bearing frost walls.

What Is Frost Wall?

Frost protected wall is constructed with an intention to prevent the soil around the building from freezing under high freezing temperatures. A form of heat conversion is used to transfer from the building to the soil beneath so that the soil does not freeze.

How Deep Is Frost Line in Construction?

Frost lines vary by latitude and are deeper closer to the poles. In the contiguous United States, according to the Federal Highway Administration, the maximum frost depth ranges between zero to eight feet. Frost lines can be important for building construction and are taken into consideration when laying a foundation.

The price of a frost-protected shallow foundation is $8 to $12 sq.ft. Frost-protected foundations are similar to slab-on-grade but insulated with rigid polystyrene beneath the foundation. These may be poured at once like regular monolithic ones but work in areas where the ground freezes.

As a practical consideration, residential designers need to keep in mind that concrete foundation walls are typically 6, 8 or 10 inches thick (nominal). The typical concrete compressive strength used in residential construction is 2,500 or 3,000 psi, although other strengths are available.

How Deep Is a Frost Wall?

In the US, common frost depths range from 12 inches in southern states (some with no requirements for frost) to 4 feet in more northern states. In fact, Canada and Alaska have even deeper frost lines.

This type of foundation is built using a continuous footing that is set below frost level. A continuous concrete wall is then built on top of the footing that will be exposed above finished ground level 12″ for water protection.