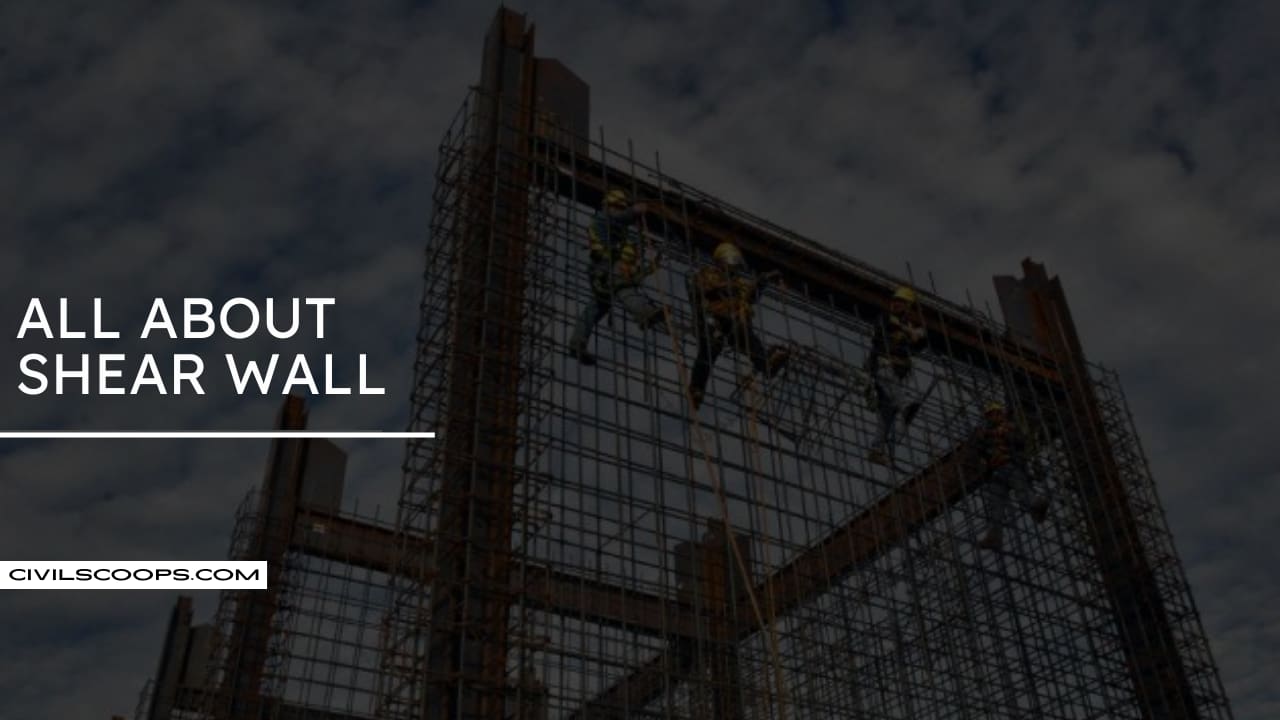 What is a Shear Wall? 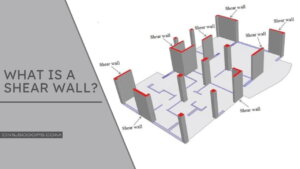 Shear wall is a structural member used to resist lateral forces, i.e., parallel to the plane of the wall. In other words, Shear walls are vertical elements of the horizontal force resisting system.

Shear wall is a structural member in a reinforced concrete framed structure to resist lateral forces such as wind forces.

This is rarely practical since it also utilizes the space a lot, so they are positioned at the ends. It is better to use walls with no openings in them. So, usually, the walls around lift shafts and stairwells are used. 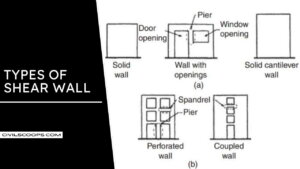 Here, the different types of shear wall are as follows.

1. Strength to a building

Shear Wall must provide lateral shear strength to the building to resist the horizontal earthquake forces, wind forces, and transfer these forces to the foundation.

2. Stiffness to a building

Shear Walls provide large stiffness to building in the direction of their orientation, which reduces the lateral sway of the building and thus reduces damage to the structure. 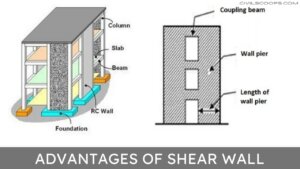 Here, the pr0s of shear wall are as follows. 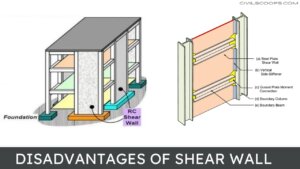 Here, the cons of shear wall are as follows.

In structural engineering, a shear wall is a vertical element of a system that is designed to resist in-plane lateral forces, typically wind and seismic loads. In many jurisdictions, the International Building Code and International Residential Code govern the design of shear walls.

What Is Shear Wall?

While columns and load-bearing walls keep buildings standing up, carrying the compression load of the structure down to its foundation, the shear wall is what keeps structures from blowing over, resisting the lateral forces of wind and seismic activity.

How Do Shear Walls Work?

A shear wall is a general term for a wall that is designed and constructed to resist racking from forces such as wind using masonry, concrete, cold-formed steel, or wood framing. Shear walls significantly reduce the sway of a structure to reduce damage to the structure and its contents.