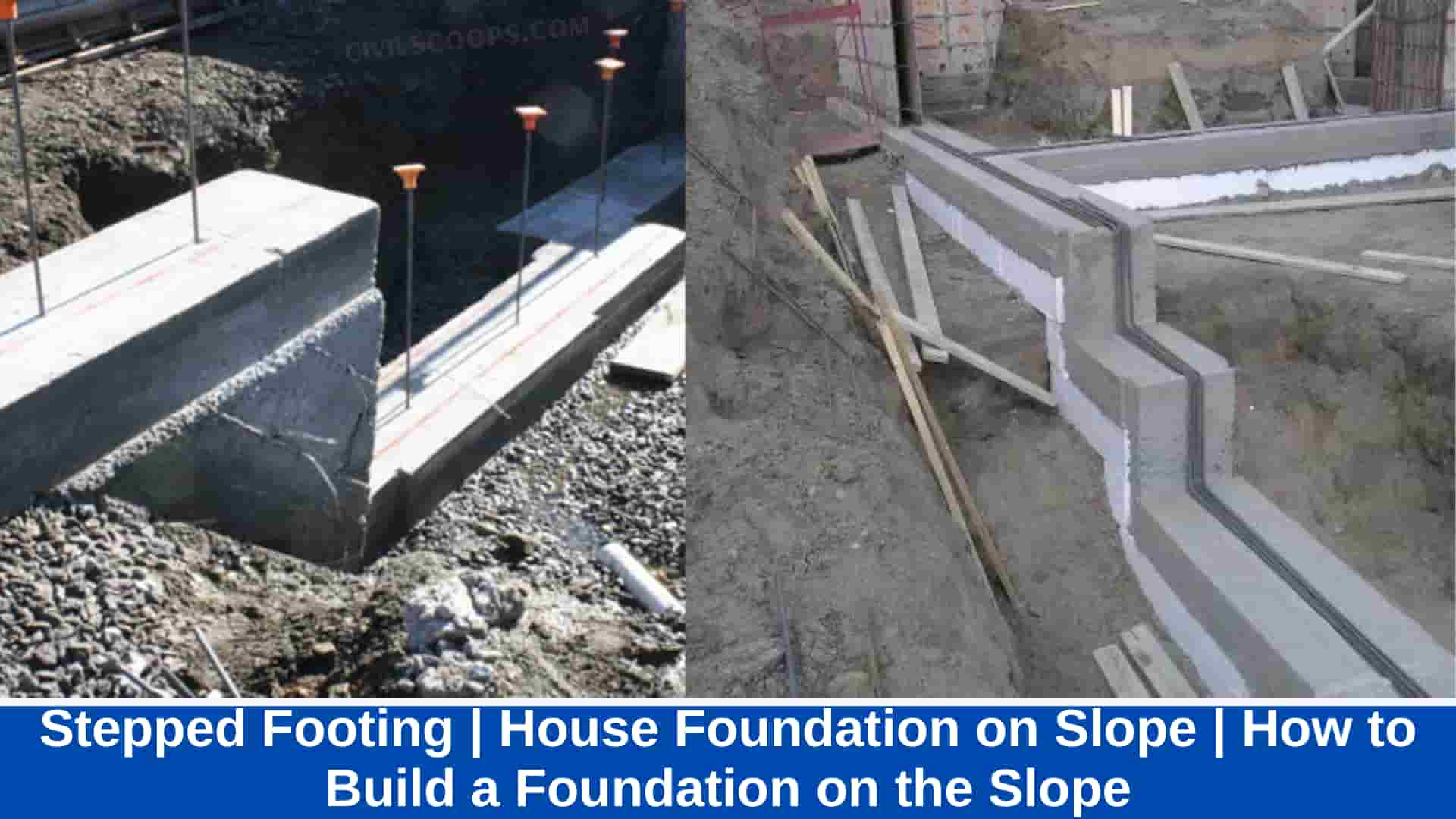 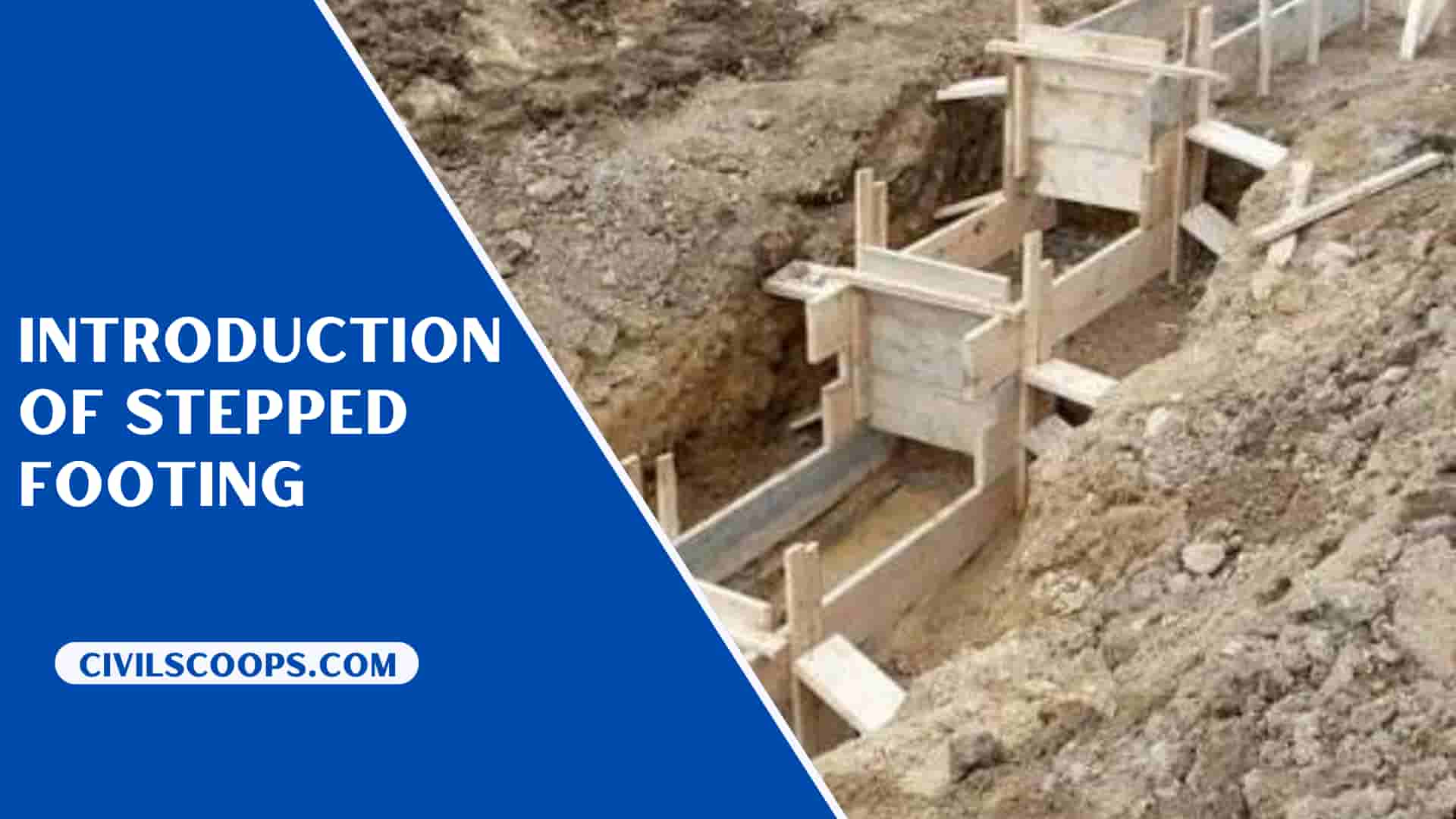 The main function of the foundation is to give support to the Structures and transmit the superimposed load of the Structures in the underneath strata. Generally, it is recommended to construct Foundation on the flat or smooth surface of the ground. There are some sites where the flat surface is not available.

What Is Stepped Foundation?

The stepped footing is a simple type of isolated footing which is provided over soil having less bearing capacity. Because of low soil capacity load need to be transferred on the larger area.

Stepped footing are stepped upon one another. There are generally three to four cross-sections which are stacked on each other in order to form the steps.

The main purpose of the Stepped Foundation is to avoid the direct contact of the column with the underneath soil to prevent the corrosive effect and effectively transfer the load into the ground.

Purpose of Providing Stepped Foundation to the Structures

Here, the stepped footing to the structures are as follows.

How to Build a Stepped Foundation on the Slope?

One of the main function of the foundation is to transfer the total load from the superstructure to the underneath strata. Generally, we use simple types of isolated or individual footing in the construction of structures in a level ground.

The Construction of the Stepped footing basically consists of the form of a series of the concrete steps which are built in the horizontal direction on the slope surface of the ground. This types of Stepped foundation is generally used to reduce the cost of excavation required to construct the foundation on the slope. 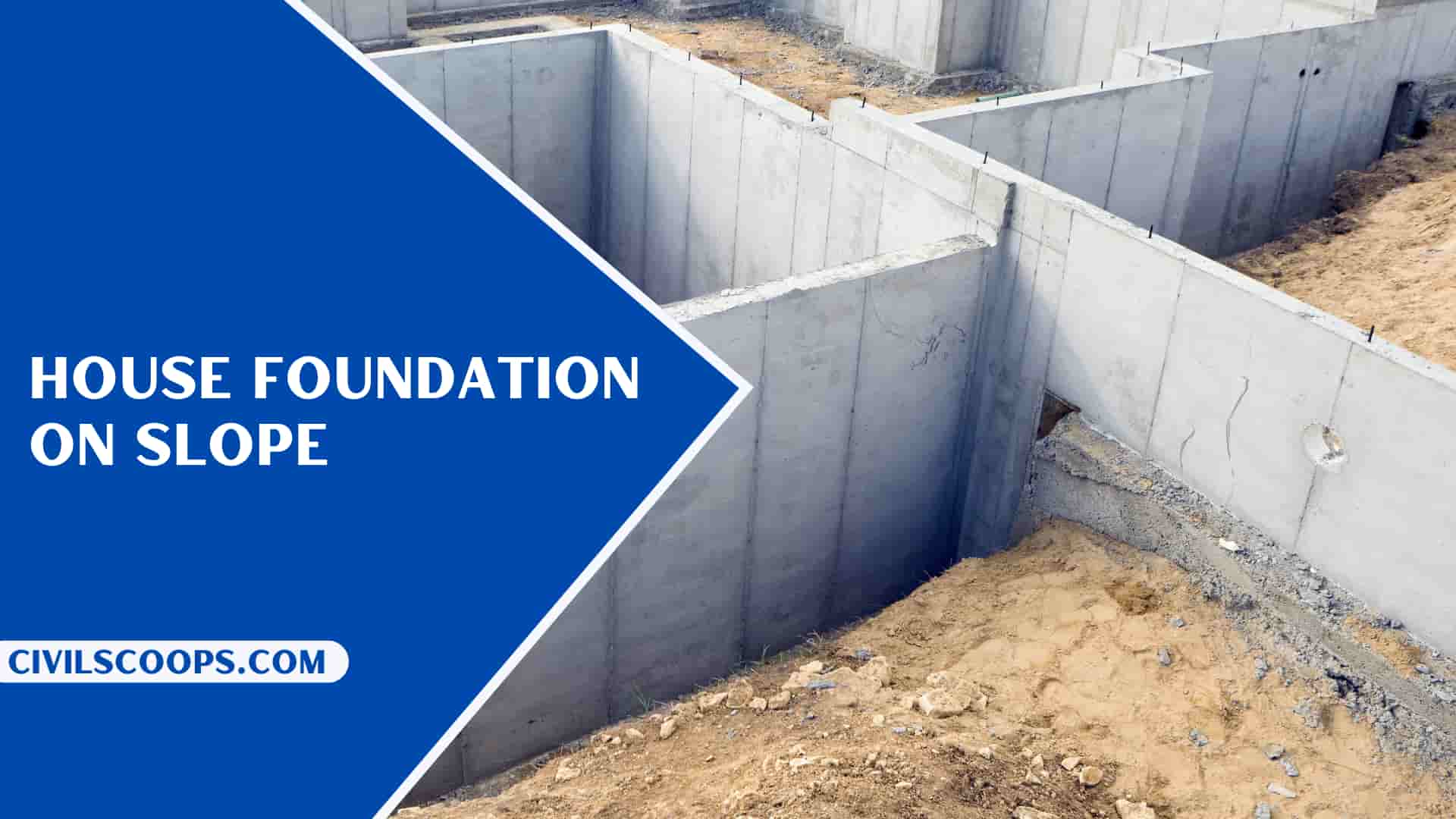 The ground elevation is not always smooth and flat. During the construction of the house foundation on slope structures, there are some sites where the sloped surface of the ground is available. It is very difficult to construct house Foundation on a slope.

It is not possible to construct a house foundation on the slope by using simple Foundation. The construction of structures on the slope required filling material to uplift the level over the site to make it flat and smooth.

It is very expensive and time-consuming to level the surface by filling material and foundation walling on the sloping. The Stepped footing it is a widely used type of footing in the Construction of House Foundation on the slope.

During the construction of the foundation on the slope, it is very important that right decision should be taken by proper planning that whether the ground floor should be located at the highest level or at the ground level.

A stepped footing is required when the surface of the ground slopes more than 1 foot in 10 feet. The foundation shall be level or shall be stepped so that both top and bottom of such foundation are level.

A step footer or footing is one that’s poured at different levels. When you see a complex one, it appears to look like a set of steps as the footer changes elevation with the ground. This footer is required where the building is constructed on sloped ground, or when part of the building will not have a full foundation.

A stepped footing is required when the surface of the ground slopes more than 1 foot in 10 feet. The foundation shall be level or shall be stepped so that both top and bottom of such foundation are level. Reinforcing steel to match remainder of footings.

What Is a Stepped Foundation Used For?

Foundations provide support for structures, transferring their load to layers of soil or rock that have sufficient bearing capacity and suitable settlement characteristics.

The best options for building a deck stair landing are:

The lower level is needed in order to provide frost protection in an area with a walk-out type basement. This is very common in cold climates with walk-out basements. Another use for stepped footings happens when there is a change in grade from one slab to another.

Stepped Footing Is an Example of

How to Build a Foundation on a Slope?

There are two ways to build a house on a sloped lot: using the “cut and fill” method, or making use of stilts. Cut and fill refers to the process of leveling out the ground for the foundation by adding soil, removing it, or both.