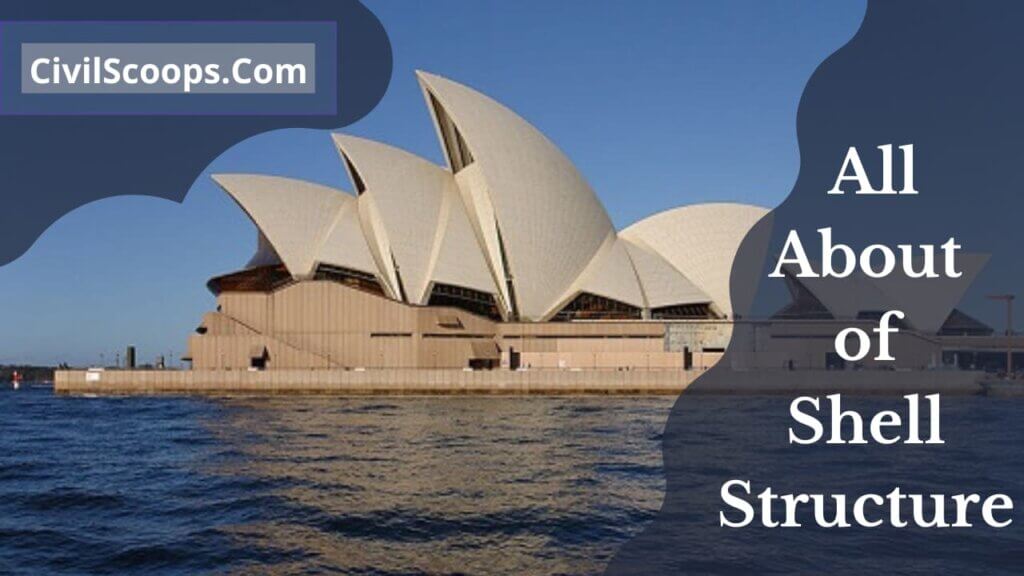 What Is Shell Structure?

The structure that retains their size and support load, even without frame or solid mass material inside is called shell structure. A shell is a building that is hollow from within, these shell components are usually bent and formed into a massive frame, they are lightweight constructions using shell elements.

While flexural deformation can result in secondary forces, membrane activity in shell structures is primarily caused by plane stress. A shell is the most effective way to use the material and can be very useful for fluid and solid storage (uniform loads). The curved shape will result in a variety of failure modes, and unexpected behaviour is not uncommon.

In addition to all other structural types, analytical formulas are very complex and difficult. Shell systems are very appealing low weight structures that are well suited to both building and manufacturing applications.

Here, the different types of shell structures are as follows. 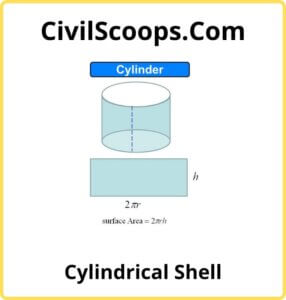 Cylindrical shells are the primary structural component of both aquatic and airborne systems. Frames or ribs are also used to stiffen these structures.

This is a kind of shell in which the stationary cure, known as directrix, or the moving curve, known as generatrix, is a straight line.

Cylindrical shells stiffened on the outside by stringers are economical for axial compression and bending with an active deflection restriction, but uneconomic without one.

Some examples of typical cylindrical shells include the : 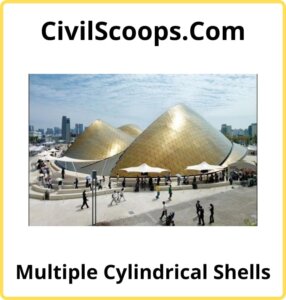 It consists of a sequence of parallel and transversely continuous cylindrical shells. 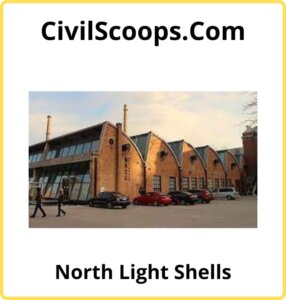 This shell construction is used to provide vast areas of north light windows for factories that need good natural lighting. Windows may be slanted, as seen here, or vertical. The bottom edge member forms a drainage trough with the curved shell and contributes to the structure’s stiffness.

The successful depth of the shell is not the vertical gap between the two sides, but rather the depth if the shell is laid flat with the circle’s ends on the same horizontal line. As a result, the ranges for a north light shell must be relatively short in relation to the vertical depth of construction.

Concrete struts acting as mullions between the window glazing can connect the edges of neighboring shells. The north light shell is described as a shell with two springing at different stages. The supply of curves at various stages towards the north provides optimum north-light ; this kind of shell is typically used as a roof in the case of factories.

This shell arrangement is asymmetrical across the crown.

BARREL SHELLS: A barrel shell is a collection of very thin arches that have the same compressive power. Because of this compressive force interaction, the barrel shell will withstand very large quantities of weight as long as the weight is spread proportionally. However, barrel shells with a constant thickness are extremely vulnerable to concentrated loads.

The barrel shell is shaped similarly to the arch, with a sequence of segmented lines transferring compressive load to the soil; the much more differentiated lines, the stronger the fluidity of the curves mostly on arch or shell. The crown of this kind of shell is symmetrical. 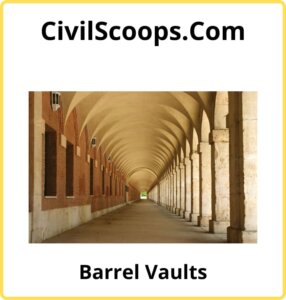 A barrel vault is indeed a continuous vaulted form that could be semi circular in shape, resembling the roof of a cave, or pointing at the apex.

It is usually built by a sequence of edge arches or vaults via a continuous shield. Since of their greater span capability of up to 50 m with minimum material, these are also most suitable for shell structures. 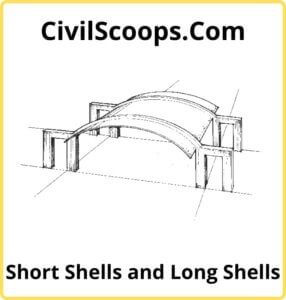 A variety of terms have been originally used to describe cylindrical shells, based on whether their period is short or long. Short shells : Short shells are those with a short period length.

Long shells : Where the period length is greater than the width, the shell shape is referred to as a long shell.

A dome is a structure framework that occupies an area that is somewhat square or circular. The domes are connected to a surface formed by some curve rotating around a vertical line. Whenever the ground has a dual curvature that results in a hard and solid snoring shell structure instead of a curved surface.

The angle of collision of the design of a system the structural effectiveness of the intersections shell. A rib fomented by neighboring elements of the initial shell is so much greater than that of the neighboring shell on either side unless the angle is wide.

Small shells and shell arches are all types of shells. Both thicknesses can be rendered much smaller than an arc if the stresses are mostly compressive. Shells are not a very effective framework for high bending moment values.

In a nutshell, a translation shell is a square dome whose form is formed by a curve moving along another curve. Since the arch shape is used to minimize tension and thickness in the transverse direction, barrel vaults are very effective structures. 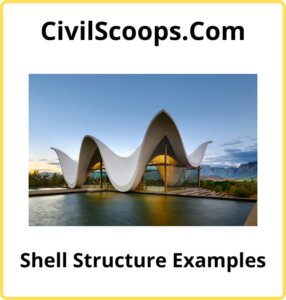 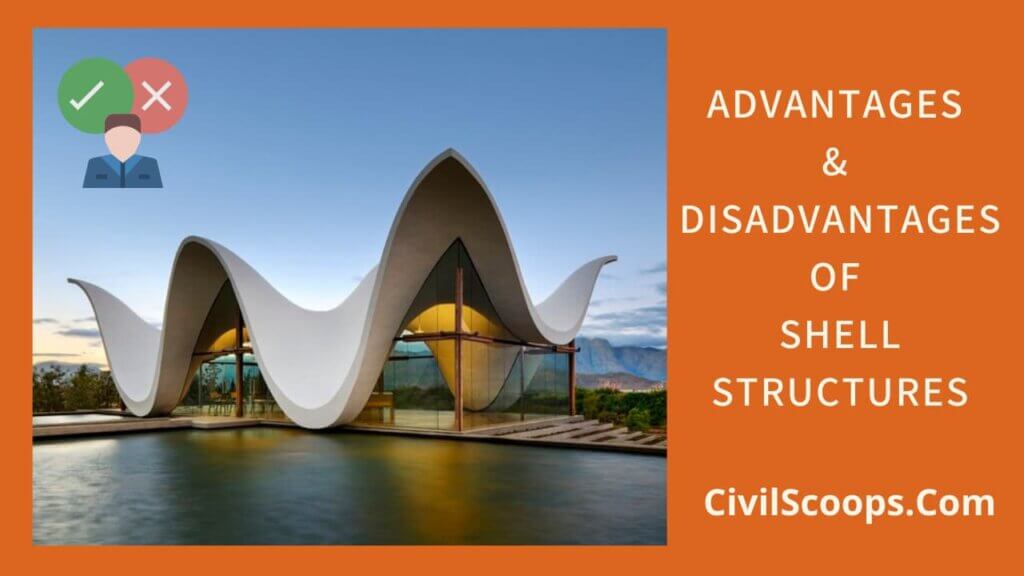 A crystalline substance is in the form of crystals or contains crystals. Diamond is the crystalline form of the element carbon. Crystalline means clear or bright.

Network cables are used to connect and transfer data and information between computers, routers, switches and storage area networks . These cables are essentially the carrier or media through which data flows.

1. Word structure – the admissible arrangement of sounds in words. Sound structure, syllable structure, morphology. Structure – the complex composition of knowledge as elements and their combinations; “his lectures have no structure” affixation – the result of adding an affix to a root word.

Social structure refers to the pattern of social relationships in a society. Such structure regulates the interactions among members of the society, providing guidelines within the cultural norms for achieving the goals defined by cultural values. Generally, social structure maintains societal stability.

Parallel structure (also called parallelism) is the repetition of a chosen grammatical form within a sentence. By making each compared item or idea in your sentence follow the same grammatical pattern, you create a parallel construction. Example not parallel: ellen likes hiking, the rodeo, and to take afternoon naps.

A framed structure in any material is one that is made stable by a skeleton that is able to stand by itself as a rigid structure without depending on floors or walls to resist deformation.

A truss is a structure that consists of members organised into connected triangles so that the overall assembly behaves as a single object. Trusses are most commonly used in bridges, roofs and towers.

Cofferdam, watertight enclosure from which water is pumped to expose the bed of a body of water in order to permit the construction of a pier or other hydraulic work. Cofferdams are made by driving sheetpiling, usually steel in modern works, into the bed to form a watertight fence.